The Institute of Economic Affairs (IEA) has recommended that the appointment of heads of the Constitutional bodies and governance institutions should be made by the President with approval of two thirds majority of parliament.

The recommendation was made by an 11-member Committee to set up by the IEA to assess the impact of the ‘Winner-Takes-All system of governance on Ghanaians.

The Committee said consultation with a section of Ghanaians revealed that “ majority of persons and institutions consulted have the negative consequences of the Winner-Takes-All practice of governance to our[Ghana’s] development efforts”.

The Committee there made the following recommendations to reduce the impact of the Winner-Takes-All (WTA) system of governance on development: The Committee maintained that under the WTA system, the appointment of officials of the Executive body is made to benefit party supporters and loyalists to the exclusion of real or perceived political opponents.

The Committee therefore recommended that the appointment of heads of the Constitutional bodies and governance institutions should be made by the President with approval of two thirds majority of parliament.

These constitutional bodies and governance institutions are: Electoral Commission, Commission on Human Rights and Adminstrative Justice(CHRAJ), Governor of Bank of Ghana among others.

The Committee further recommended that the leadership of Public/Civil Service should be tenured positions and not be removed by changes in government.

The Committee suggested that Ghana’s Fourth Republican Parliament must be strengthened to become a more independent legislative body.

“The current practice of appointing ministers from Parliament further weakens the institution,” it said.

The Committee further noted that Parliament has been unable to play its fiscal role of ensuring that certain critical governance institutions are adequately funded. District Level Governance On district election of Metropolitan, Municipal and District Chief Executives (MMDCEs), the Committee said the concept of decentralization is undermined by the current mode of appointing MMDCEs.

“It is contended that the existing mode of appointment also inhibits local development and makes MMDCEs unresponsive to the needs of the local people”.

It therefore endorsed the CRC recommendations that MMDCEs as well as all members of the District Assemblies should be directly elected by the people as it is done at the national level.

It also suggested that the Political Parties Act 2000 (Act 574) should be amended to impose women oriented affirmative action on political parties as put forward by the Constitution Review Committee.

The Committee recommended that there should be public funding of political parties by the state.

It further recommended a ceiling on the amount of funds that can be raised by political parties during their electioneering campaign to minimize the risk of seeking illicit funds or incurring huge debts.

GSA must educate importers on CoC 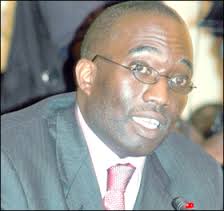