The Asantehene, Otumfuo Osei Tutu II says this year’s W.A.S.S.C.E. results of senior high school students in the country is an indication that the various investments in education are not working.

According to the monarch, there is no way one can describe the recently released results of senior high students as impressive.

Per this year’s results, only 28 percent of the students obtained grades A1 to C6 in six of their subjects including Maths and English.

“Indeed, all our statistics show that education consumes the largest chunk of the national budget. And yet, results of our examinations such as the W.A.S.S.C.E. results just released leave me wondering whether we are getting real value for the huge investment and effort in education. However one looks at it, a 50% failure rate is not and should not be acceptable to the nation” the king told the gathering at the 19th Ghana Journalist Awards in Accra on Saturday.

He believes the nation stands to lose if the frequent stalemate between the government and teachers is not addressed immediately.

“We can no longer ignore the turmoil in the education landscape with teachers and government and employers daggers drawn almost as a matter of routine. Clearly, the turmoil is having an adverse effect. And clearly, the victims are our children” he noted.

The Asantehene also warned politicians to desist from playing politics with education.

“Our children are the victims today. But in the long run, it is the nation that will suffer. For if we fail to lay the right foundation for our children, we cannot hope to raise the skilled manpower, the men and women with the brain power to lift the national economy from the depths to which we are stuck” he stated.

3 arrested in Tamale for writing WASSCE for candidates 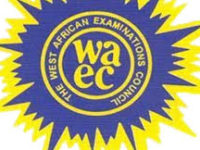 WAEC moves WASSCE to May

13 arrested for impersonation in ongoing WASSCE