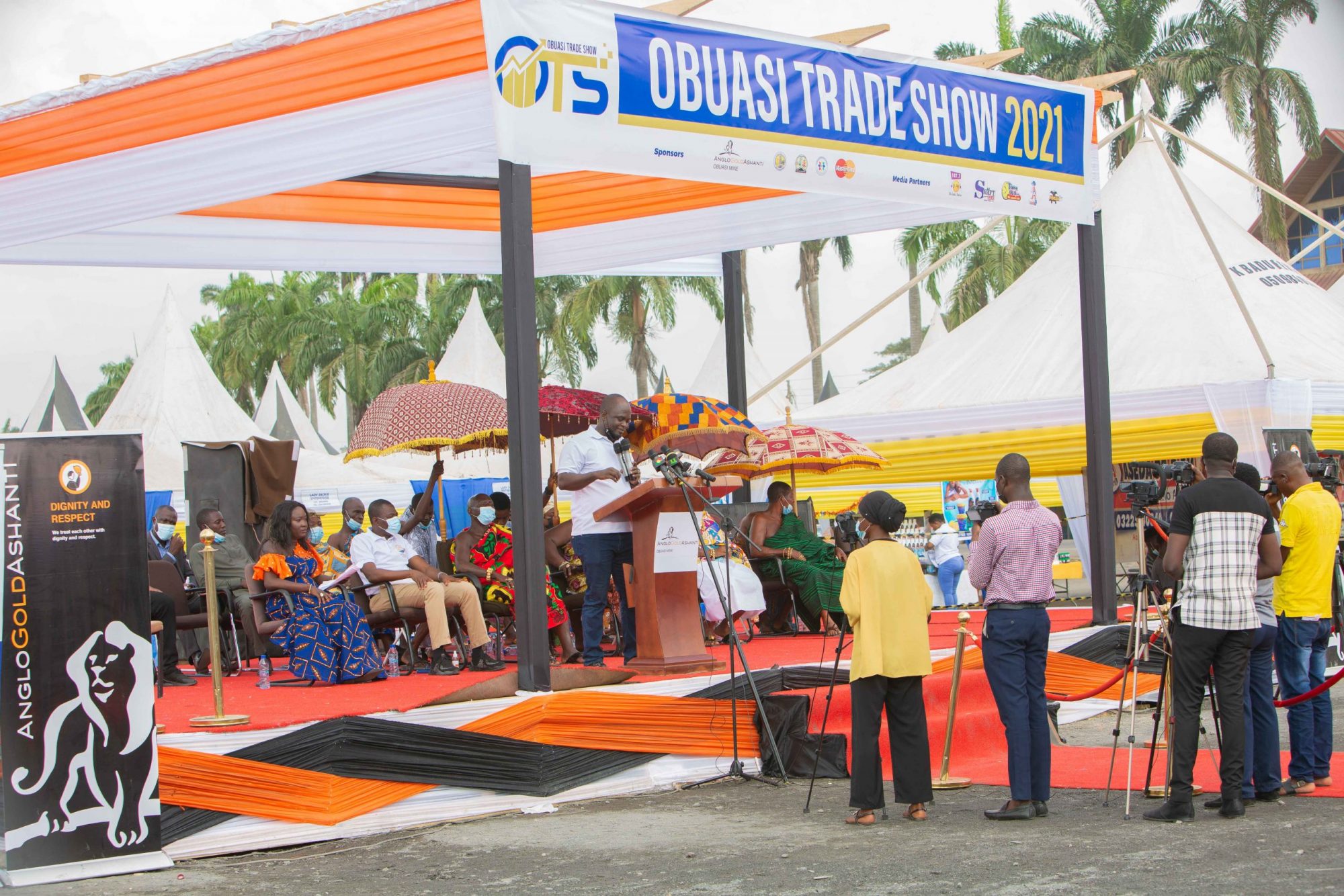 The Obuasi Trade Show, coupled with the disbursement of various loans including the Coronvirus Alleviation Programme Business Support Scheme (CAPBuSS) and training programmes are shaping Obuasi into an important business hub in the Ashanti region.

Head of the  into Mr. Kelvin Ofori Atta, the Head of the Ghana Enterprises Agency in Obuasi revealed that Obuasi was one of the highest paid districts as far as the CAPBuSS disbursement was concerned with 4,376 beneficiaries. Mr. Ofori Atta who was speaking at the launch of this year’s edition of the Obuasi Trade Show in Obuasi on Wednesay 15th December, 2021 also revealed that 2,051 persons in Obuasi also benefited from the MasterCard Young Africa Works Project fund while nother grant is about to be disbursed all in the quest to help create jobs and expand these jobs to employ more.

He revealed that the Obuasi Trade Show; implemented by AngloGold Ashanti Obuasi Mine in collaboration with the the Obuasi East District and Obuasi Municipal Assemblies has impacted lives and businesses greatly. He said through the trade show 183 businesses have been expanded, 57 new businesses established, 157 businesses now have improved packaging while 110 businesses are now selling outside Obuasi. Mr. Ofori Atta also stated that 322 businesses have recorded improved sales records as a result of the training sessions being held for the participants in the programme.

The Obuasi trade Show 2021 has been held in Obuasi with the aim of improving the economic wellbeing of the people of Obuasi.

The show which spanned from Wednesday December 15 to Sunday 19th December, 2021 was implemented by AngloGold Ashanti Ghana in collaboration with the Ghana Enterprise Agency, Obuasi East District and Obuasi Municipal Assemblies.

Speaking to B&FT during the launch, Senior Manager Sustainability at AngloGold Ashanti Obuasi Mines; Mr. Emmanuel Baidoo stated that the show is borne out of AngloGold Ashanti’s Social Management Plan and is segmented into three main sections namely a training programme for exhibitors, Market promotion and physical exhibition.

He revealed that over three hundred businesses have benefited from the program since September 2019. “Over the span of three years, exhibitors always benefit from training programmes, marketing, branding and packaging, business and financial management” he explained.

He expects the show to create market opportunities, foster partnerships and synergies and improve on the quality of service of local businesses in the medium to long term.

Nana Amoanimaa Dede II, Queen mother of Adansi was full of gratitude to AGA for all the contributions they are making to the local economy. She said this year’s trade show was spectacular and highlighted some of the products being exhibited at the show. 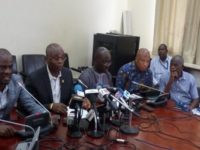