NPP Crusaders whip up support for Akufo-Addo on Kumasi streets

Crusaders, a youthful group with links to the ruling New Patriotic Party (NPP) has taken over the streets of Kumasi with a special kind of campaign.

The group, made up of neatly dressed young ladies and men share flyers and also display portraits of the NPP flag-bearer on placards at vantage points in the Kumasi Metropolis.

Over the weekend, the Crusaders stormed the Asokwa Municipality where the MP, Madam Patricia Appiagyei and family were seated to observe the one week rites of their deceasesd mum, Agartha Appiagyei.

With their resplendent dressing, the group became the toast of mourners as they stood with portraits of the NPP flag-bearer through the 8 hour ceremony.

ADUM:
At the Adum street, the principal amongst those in the Kumasi Metropolis, Crusaders from Monday to Saturday could be seen draped in their NPP t-shirts in the early hours of the day.

Performing songs of praise of the NPP flag-bearer, Nana Addo Dankwa Akufo-Addo, members of the group in a rehearsed style could be seen changing positions on the streets.

With occasional overtures to the public, members could be seen engaging pedestrians and users of commercial vehicles in conversations of what the NPP had done since assuming power in 2017.

The group, sometimes, in an unusual but eye catching manner wash the bowls of chop bar operators and food vendors just to campaign as well as take photographs with pedestrians and users of the commercial street.

VISION:
Speaking to the Ghanaian Observer newspaper last weekend during a  campaign tour of the Manhyia North Constituency, the group’s leader, Clement Osei said members are determined to excite the electorate with their outfits.

This, he noted is a way of inspiring the public to vote for the NPP flag-bearer  and the party’s parliamentary aspirants.

He noted that the group had been funding its activities with daily contributions.

He, however, gladly mentioned that members are now being supported by the Chief Executive Officer of the Youth Employment Agency, Justin Koduah Frimpong, who is now the group’s chief Patron.

Others such as Yahya and Dr Subin have also been helping, the group leader confirmed. 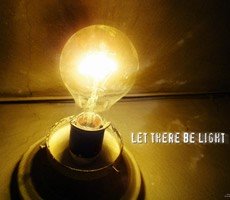 Homosexuals have “gifts and qualities” – Vatican 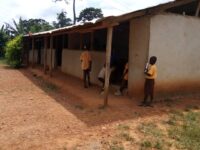 Student goes to court over demonstration