Some Youth of the NDC in Walewale have registered their displeasure at “the bad attitude” of the northern regional minister Hon. Abdallah Abubakari  who is also the party’s parliamentary candidate of the Walewale constituency.

Chairman of the group; Bantaasi Nasiru , tells rawgist.com’s Michael Amoateng that his group intends to send a “strong signal to the NDC campaign team and the Presidency about the factionalism and disunity being perpetrated in the constituency by Hon. Abdallah Abubakari i”.

The youth believe that Mr. Abubakar’s candidature in the constituency is “a mistake” because he does not represent the cause of the NDC.

They accuse the Northern Regional Minister’s campaigners of soliciting for votes for the minister and NPP flagbearer Nana Akufo Addo. The youth say he rather works with PNC and NPP members and distributes resources to them to the detriment of party members. To this end, they consider him a Trojan horse within the party and believe if nothing is done, his activities will cause the party to fall to the NPP.

The Minister himself confirmed the allegation on 16th July,2016 when he said on Walewale based Eagle FM that “There is absolutely nothing wrong with people voting for me as MP and then Nana Addo as President”.

The youth interpret his comments to mean that he is comfortable with the fall of the ruling NDC as long as he gets to be a parliamentarian.

The unhappy youth also suggest that the regional minister is involved in a number of financial improprieties which is costing the state financially.

“He moves twice weekly with military and police vehicles forming a convoy of six vehicles. We have never seen NDC ministers moving with state security of such magnitude”.

They say the NDC executives bent the party’s constitution in his favour and used “all protocol and government appointees and resources to help Mr. Abubakari win the Walewale primaries”.

Hon. Abubakari is alleged to have donated motor bikes to some executives of the constituency he deems support his candidature whiles excluding the Deputy youth organizer for not being in support of his agenda. 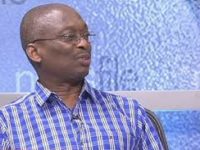 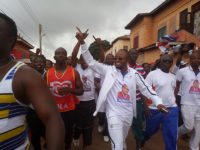