Nobody Is Mongering Doom; We’re Only Venting Genuine Frustrations – Atik

“…Let’s feel the impact of your achievements…you don’t need to come and waste precious and productive hours telling Ghanaians what you have done…Nobody is mongering gloom or doom. But we are venting genuine frustrations…he (Deputy Information Minister) just repeated a daily routine every government engages in and it will be ridiculous to claim that as an achievement,” asserts Atik Mohammed.

The Policy Analyst of the People’s National Convention (PNC) was commenting on Deputy Minister of Information and Media Relations, Felix Kwakye Ofosu’s call on Ghanaians to adopt a positive attitude towards the difficulties confronting the nation.

“…It is our conviction that we can together as a people foster a new conversation about the country away from the doom, gloom, despondency and hopelessness that some seek so strenuously to foist on this nation,” the Deputy Minister said at the maiden edition of a press briefing by government.

The Press briefing was to inform Ghanaians of the measures government has taken so far to improve living conditions in the country.

But speaking during a panel discussion on Peace FM’s ‘Kokrokoo’, Atik opined the Deputy Minister failed to talk about the actual problem in the economy.

“We are paying our ministers for using productive hours for nothing…There are a lot of things government is supposed to do but not a single one has been done…You cannot say that it is not true and that we are exaggerating our feelings. What government should have said is that we understand everything Ghanaians are going through and that we are trying hard to solve them…what he said amounts to mockery,” he indicated.

According to him, the Deputy Minister should even not have held the press conference in the first place because what he catalogued were not achievements but normal routine of every government.

“The achievements he enumerated are too petty to be considered as achievements. These are normal basic routine of government and yet they want us to praise them? Things have actually moved from bad to worse. Let’s feel the impact of your achievements…you don’t need to come and waste precious and productive hours telling Ghanaians what you have done. The critical points he was supposed to comment on, he ignored… he ignored the economy and corruption; meanwhile majority of the difficulties we are facing now is due to corruption,” he added.

Like Goodluck, Mahama will fall to PNC in 2016-Atik Mohammed

Frustrations Of Ghanaians Have Led To Recent Agitations – Akomea 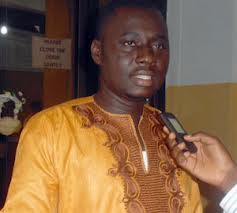