Apparently, the National Identification Authority’s plan to source a whopping US$115 million from the Chinese Export Import (Exim) Bank for re-starting the national identification project was done on the blind side of the John Dramani Mahama’s government.

Last week, the Deputy Minister for Communications Ato Sarpong dropped a bombshell, saying the government of Ghana is unaware of the NIA’s decision to source and spend about $115 million for NIA’s system upgrade and issuance of new identification cards. Speaking to Starr News, Sarpong said “That was not a government decision. Government has not heard of the facility and did not approve it… it’s not even true the proposal is before Parliament because it would have to go through Cabinet for consideration before it gets to Parliament.”

Documents available with the Republic newspaper indicates that on 26th June 2012, the NIA , then headed by Dr. William Ahadzie, wrote to the Samuel Salla Mensah-led Public Procurement Authority (PPA) to ‘sole-source’ the controversial US$115 million from the China Integrated Circuit Design Corporation Limited (CIDC) to undertake the upgrade which will mean the millions of registered data costing over US$ 20 million in the archive of the NIA will be scraped for the new system at the whopping US$115 million.

Barely a month upon this request, the PPA wrote back to the NIA giving approval for it to sole-source the funds from China. The PPA responded to the NIA on July 12, 2012 informing the authority of its approval.

“…the Board decided that approval should be granted National Identification Authority in accordance with Section 72 (50) (a) of the Act 663 to sole source China Integrated Circuit Design Corporation Limited (CIDC) to undertake the integrated system upgrade of the National Identification System of the Authority in order to implement its mandate under Act 750 at an estimated cost of US$114,965,116.96,” stated the approval letter signed by Sallas Mensah.

The NIA had started the process of sole-sourcing the funds from the CIDC since April 2012. It is unclear the parameters that the NIA decided to sole-source from the CIDC. There are strict regulations guiding public institutions’ decision to sole-source procurement from third parties, including the fact that the third party should have exclusivity over whatever support they may be granting, otherwise such a move for support should be subjected to competitive bidding.

Experts have criticized the NIA’s move because the technology needed for its claimed system upgrade is not exclusive to CIDC; there are apparently other technology companies that could provide similar services.

According to acclaimed Ghanaian software programmer and CEO of Softtribe, Herman Chinery-Hesse, his company could undertake the said system upgrade with less than US$ 15 million.

“If you get two local firms, they can put this together in no time to solve 99% of the problem…and it won’t cost more than $10 million in terms of the technology,” Mr. Chinery-Hesse to Accra-based Citi FM last week.

“if they [NIA] are saying there is an international regulation that stops them from doing it and making them have to go for an expensive solution or a complex imported solution, well, that is a different matter. But if all we needed to do was identify Ghanaians, see who is a child, see who is a woman, with a simple cheap card; in fact if you push it hard, you can even tie it to people’s phones so that we won’t need a card at all,” the software engineer suggested. 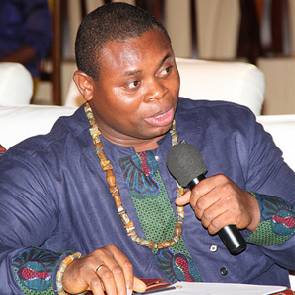 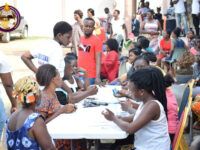 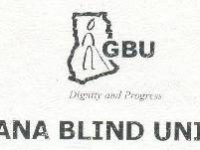 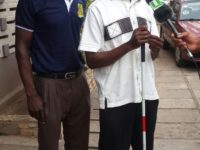