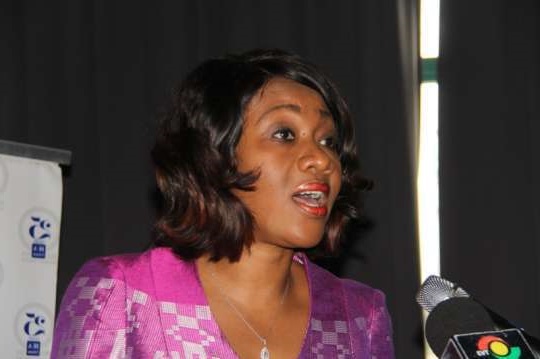 New Regions News-The Electoral Commission is to begin taking applications for proxy and votes transfer for the upcoming referendum for the newly proposed regions on December 2, 2018.

According to the EC, only persons within the proposed regions will be allowed to transfer their names.
This follows the maturity of the Legislative Instrument which will govern the referendum scheduled for the 27th of December 2018.

Addressing the media, a Deputy Chairperson of the EC Samuel Tettey says the exercise will last for four days.

“We have two important exercises to be undertaken before we get to 27th December and these exercises are transfer of votes and proxy vote. These two exercises form part of the electoral process. Secondly, they are also grounded in law. Transfer for the referendum is from the 2nd to the 6th of December.

“From the 2nd to the 6th, all applicants who have relocated, that is moved from one area to the other and would want to take part in the referendum, they would have the opportunity to go to the district office to transfer his or her votes. It is the same as proxy probably because on the day of election you will not be there physically because you are sick or away. These are the two exercises that we have created for the referendum for the six regions.”

This follows the Supreme Court’s verdict giving clearance to the Electoral Commission to hold its referendum in selected areas earmarked for the creation of new regions.

The Court dismissed a suit seeking to challenge the decision of the EC to only allow residents in the affected areas to vote in the referendum.

According to the Justices of the Supreme Court, there is no genuine or real issue for interpretation as the constitution states unambiguously, the discretionary power given to the Electoral Commission.

The Justices also said the Commission of Enquiry did not err in suggesting how the referendum should be held as they did not hold the final authority to decide.

The plaintiffs, Mayor Agblexe, Destiny Awlimey, and Jean-Claude Koku Amenyaoglo, were seeking an interpretation of Article 5 of the 1992 constitution which states the procedure for the creation of new regions.

They further asked for clarity on who is qualified to vote in the referendum regarding the creation of the new regions, specifically the Oti Region.

Meanwhile, the lawyer for the plaintiffs, Albert Quarshigah, has expressed disappointment at the decision of the court.

Speaking to the media, Mr. Quashigah said he holds a contrary view.

The Justice Brobbey Commission was set up to look into the requests for the creation of new regions and has presented its report to the government.

The 19-member Commission, after holding nationwide consultations, urged the government to create the administrative regions to be known as the Oti, Ahafo, Brong East, Western North, North East, and Savannah regions.

The Electoral Commission has set December 27, 2018, for the referendum on the creation of the new regions. 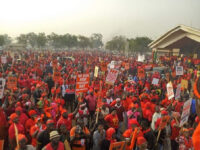 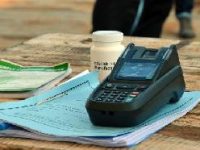 Creation of new regions now in the hands of citizens, EC – Akufo-Addo