This is despite earlier media reports that it used $3 million in undertaking the survey.

Policy think tank IMANI Ghana has accused the NCA of bloating the budget used for the preparation of the survey.

The GHC 3 .5 million survey sort to determine the perception of mobile phone users with regards to the services they receive from their telecom service providers.

Speaking to Citi Business News, the President of IMANI Ghana, Franklin Cudjoe said the purported survey could have been conducted with a budget less than $30,000.

An April 6, 2014 Facebook post on his page said: “The National Communications Authority (NCA) is reported to have spent US $3m on a Cellular Mobile Consumer Satisfaction Survey it claims it conducted between 2012 and September 2013. HOW MUCH DID YOU SPEND ON YOUR DISSERTATION? I put it to the NCAA that IMANI and first degree holders could have spent $30,000 to undertake the exercise.”

He explained saying, “that is the figure reported from my sources within the telecoms’ industry it’s a very interesting scenario we haven’t heard the full facts of the NCA but I will use 10,000 dollars using their methods …Please the country is in turmoil and the last thing we need is for scams to be cooked.”

Citi Business News checks on the internet about the background of the company contracted by the NCA to conduct the research, Policy Focus was fruitless, as there was no information about the presence of the company, at least in Ghana.

According to the Citi Business News sources, a board member of the national communications authority was given the contract and supervised the preparation of the report.

IMANI Ghana is demanding full disclosure from the NCA to clear all doubts. 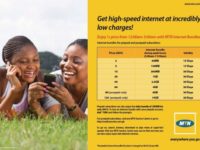 MTN to Comply with NCA Sanctions

France lauds Ghana for turning to IMF for support