According to him ‘‘Nana Addo should realize that the party’s machinery on the ground and all members’ views are important for the success of the party.

Speaking to Sir Richmond Antwi Boasiako on the Royal yeresuadee morning showed Samuel Adu Gyamfi noted ‘‘Nana Akuffo Addo should not let pride lead him,or consider himself as a political celebrity since he is well known in the political arena, failure to unite the NPP will lead the party to a ditch’’.

He further stated that there is a subtle competition, mistrust and perceived disloyalty between the leadership of the party which if not solved will cause the party a lot of collateral damage; adding that such behavior disrupts the growth of every organization.

He therefore suggested that that Nana Addo should publicly declare his intention as to whether he is ready to work with the leadership of the party. 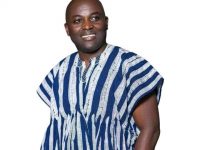