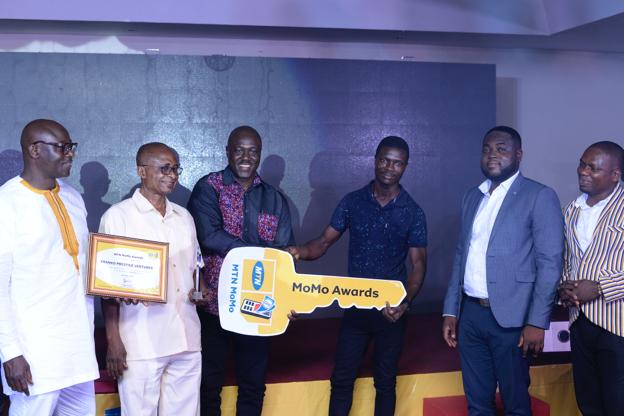 The awards presentation was held in recognition of the hard work and loyalty of MoMo Agents and Merchants towards the growth of MTN MoMo over the past ten years when the service was first introduced onto the Ghanaian market.

Aside the grand prize of the brand new Nissan Almera salon car, three hundred and ninety-nine other awards were given to Merchants and Agents from Ashanti, Brong Ahafo, Northern, Upper East and Upper West regions. The prizes included the following;

Commenting on the presentation, the General Manager of MTN Mobile Money, Mr. Eli Hini said, “10 years ago, you had faith in our brand and supported our quest to introduce this innovative service into the market. You supported our staff who created, developed, promoted, marketed and sold to our partners who in turn brought life to our dreams and aspirations.”

He added, “We are here today to reward deserving Agents and Merchants within the Northern Business District for your contributions to the growth of MoMo.  We celebrate you today because through your efforts, we can boast of 14.5million registered MoMo customers, 132,000 active agents’ nationwide plus over 5,000 canvassers.”

Mr. Francis Osei, could not hide his joy when he was announced the ultimate winner of the Almera saloon car. He said, “I thank God that my hard work has paid off”. He encouraged other agents to work hard and treat customers with respect.

The MoMo Agents/Merchants Awards was organised to acknowledge their performance in the year under review. A similar event has already been executed for Agents/ merchants in Western and Central regions and would be replicated in Accra.

The MoMo @ 10 celebration was launched in June 2019 to celebrate the achievements of Mobile Money service in Ghana. Some activities for the period were Stakeholder fora which discussed the impact of MoMo on Ghana’s economy and regulation of the Mobile Money space, floats, trade fairs and many more activities. One other key activity was the consumer promo which saw 10 cars, TV sets, e-cash and devices being won by MoMo subscribers across the country. 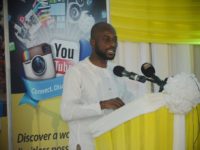 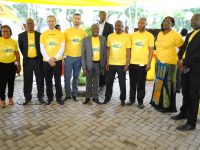 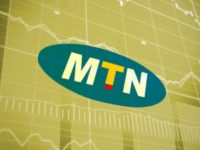 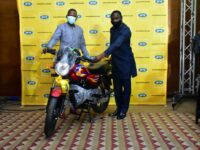 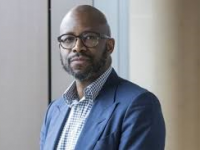