A pressure group Movement for Change is threatening a massive demonstration in the Ashanti Region over what they call the worsening effects of the erratic power supply.

The group is attributing the crippling of businesses in the country to the continuing power challenges the nation is currently battling.

The demonstration which is named ‘Yaa bre’ which means ‘We are tired’ in the local Twi language is slated for February, 24, 2015.

Speaking on a Kumasi-based local Radio station, a member of the group, Kwabena Senkyire said the demonstration is to put more pressure on the Mahama-led administration to wake up from its slumber and work very hard to end the hard-hitting power crisis in the country.

According to him, the Ashanti region is the worst affected in terms of the current power crisis.

Mr Senkyire indicates that the power crisis is impacting negatively on businesses not only in the region, but also the country as a whole.

“It is a fact that Ashanti region is the center of business activities in the country and this current crisis is crippling those businesses and we cannot sit back and watch unconcern”, he intimated.

He added that the Government is not sensitive to the plight of the Ghanaian citizen.

He revealed that they will take to the principal streets of Kumasi in the Ashanti Region come February,24.

Two to demonstrate against GMA in Kumasi 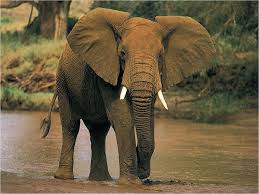 Faeces of a marauding elephant 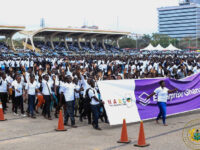 NABCo trainees to demonstrate on Tuesday over unpaid allowances