According to former Deputy Speaker of Parliament Prof. Mike Ocquaye, Ghana is at risk of sliding further into more difficult times if President John Mahama does not take a second look at the quality of people he appoints into ministerial positions.

He says the country’s current problems can only be fixed if President Mahama appoints more experienced persons as ministers.

The nation has been plagued with various challenges in recent times including a 27% depreciation of the cedi against major currencies since 2014, power cuts, increases in fuel, electricity and water prices, as well as government’s inability to pay statutory funds.

Prof. Ocquaye believes the problem is mainly a leadership one, although he declined mentioning any specific minister. He says other countries are not supporting Ghana because they don’t take some of the current government appointees serious when they meet at the negotiating table.

“A lot of the things we are supposed to get are not coming today because I believe, the confidence is not there. He may be whatever. And he may reach London. If he reaches London, they will give him to a junior administrative officer to go and talk to him. And he would not come back bringing Bui Dam, he won’t bring back Flagstaff House, because they don’t take the persons serious,” he told Gakpo.

The former Dome Kwabenya MP added: “Mind you, the world is a serious world, and those who are serious, they have an assessment on every person who has been minister in Ghana before. People who don’t have pedigree, they can’t bring results.”

The president has been making changes in government in the past few weeks.

One of the high-profile appointments is the nomination of a former President of the Ghana Bar Association, Nii Osah Mills as the minister for Lands and Natural Resources.He has also nominated former Chief of Staff Alex Segbefia as the new Deputy Minister for Defense 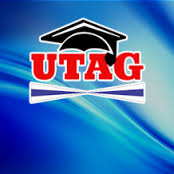