In my childhood, I had the desire to become rich and to live an extravagant lifestyle. My main challenge was which 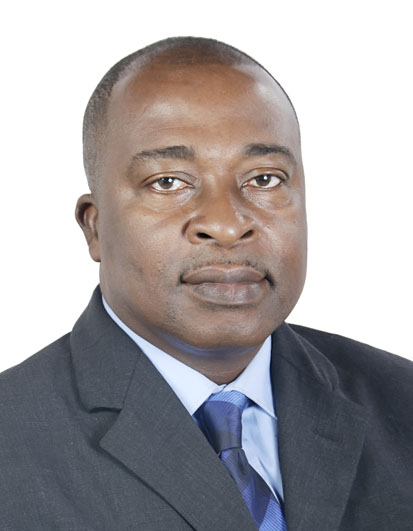 path to follow in order to join the rich in society.

My dream remained a myth until a close friend introduced me to a book about six years ago. After reading the book, my mentality shifted from poverty and was well on course to join the fold of the rich.

As l grew, I noticed that the desire to become rich was on the diary of lots of people. From my current experience, I can confidently point out that a survey of one million people will reveal at least 99% of the respondents wanting to be rich.

The question therefore is why countless of people are poor and only 1 to 5% of the populace in almost every country are enormously rich. Some of the answers have been elaborated in the following points.

The Mindset of the Rich

The mindset of every nation can determine its citizens’ happiness, success, relationships, accomplishments, prosperity or health.

My personal definition of a mindset is how individuals think, act, learn, behave or intelligently process information regarding a situation. To become rich is a mindset and not a condition. Poor people can become rich and the rich can become poor due to their mindset. For low income earners to become rich or prosperous, there must be a mindset shift from poverty mindset to a wealth mindset. That is, they have to learn the behaviour of the rich.

All the wealth and riches that many desire are in their mindsets and not in their businesses, wallets or in their pockets.

It is believed by poverty mindset people that marrying the rich, inheriting a fortune, winning a lottery or any other means to get rich quick will make them rich. This is however far from the truth. Anyone who desires wealth will have to shift their mindset from old sayings that encourage poverty. To break the barrier of poverty one must adopt an abundance mindset. To succeed or fail in life is about the mind and not luck or being born into a rich family.

In the twenty-first century, hiring coaches to direct the path of ambitious people to attain their goal is common. There are life coaches that help people to succeed in life. There are also fitness coaches that help people to be in shape and healthy, and business coaches to direct businessmen and women to achieve their aims. In the same way, any individual who is committed to becoming rich must hire a money management coach to guide, direct and train them to speed up their financial success. It must also be noted that all professionals and non-professionals need a coach to make it big financially. A group of ten or twenty low income earners can hire a coach to become rich.

Everyone who desires to be rich must know what he or she specifically wants before starting the financial journey. The end image should be pictured. Goals in the simplest term are the end pictures of what one wants. These goals could be broken down into specifics like finances, real estate, and level of education or any acquired property. Setting a financial goal is therefore a key for the lower income earner to join the higher income bracket. One may set their sights on being worth GHC5 million, while another may target $1 million or more. Whatever it is, a concerted amount of work must go into the realization of this goal.

Uncontrolled expenses have led some rich folks into poverty. Low income earners should therefore be careful about how and where they spend their money. Here l am speaking of excessive shopping, renting of big houses, driving luxury cars, visiting expensive restaurants and frequently changing expensive clothing. By cutting down and checking the above life’s expenses, heavy savings could be attained that when well invested can change one’s financial status for the better.

The Poor Can Become Rich

It is said that it is not about how much you earn but what you do with what you earn. In one of my books titled “77 Essential Quotes on Riches and Wealth Creation” I made it clear that, it is mastering and applying financial education over a long time that makes one rich and not the amount of money earned per-se.

Moreover, low income earning and income inequalities should not serve as barriers to wealth creation. “It does not take money to make money” – Robert Kiyosaki.

“If you want to go somewhere, it is best to find someone who has already been there”– Robert Kiyosaki.

Many Ghanaians enjoy fresh coconut water and the meat frequently due to their nutritional values. I was once travelling from Accra the national capital to Koforidua in the Eastern Region. On my way l stopped to buy fresh coconut from a roadside vendor. About three other cars were parked at the same location with the same purpose. I deliberately engaged the vendor in a short conversation on how he manages his proceeds from the sales of his products. What l gathered was that he had no idea how to manage money. He categorically made a statement that “You monthly salary earners are lucky, you are paid a lump sum of money by age sixty, but we don’t”. l smiled, and explained to him that the lump sum of money paid to salaried workers other contributors to SSNIT, is the accumulation of little money deducted from their monthly salaries for about twenty to thirty years. I then sensitised and encouraged him to save and invest an amount of selling two fruits of coconuts per day for twenty years or more and that can make him a self-made millionaire; he appreciated my proposed financial journey.

I can confidently say that with the rich mindset, right coaching, discipline and sound financial decision, low income earners can be self-made millionaires or billionaires.

When coaching Christians in churches, l always encouraged them to include money management in their programmes in the church since prayer, fasting, tithing their incomes and evangelism alone will not make them rich. Even if God blesses you and your attitude and mindset are wrong, your success will be problematic.

There is hope and high potential for low income earners to become rich.

A preacher and CEO of Joes Coaching Consult. An author and a Coach.

For further information and training, please WhatsApp or call +233545541820 or write to joestechpu@gmail.com. 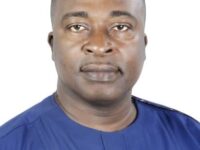