Ashanti Regional Communications director for the New Patriotic Party Kwasi Kyei says the minority in Ghana’s Parliament should be sacked.

Kwasi Kyei who was discussing the budget on Kumasi based Kessben FM Thursday says the minority lacked discipline and kept misbehaving when finance Minister Ken Ofori Atta presented the budget.

He re-echoed the NPP’s mantra that they (the Minority) don’t read. “They don’t read, they don’t see anything and yet they are the most undisciplined in Parliament. From the get go, they started making noise”, he fumed.

Mr. Kyei was full of praise for the budget and believed it held great promise for the country’s progress.

He expressed confidence the budget was going to be accepted no matter what the minority felt. 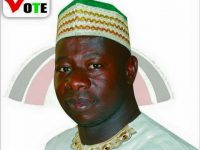