The first of a series of planned public fora by the government started in Kumasi yesterday under the cloak of deception.

The meeting, initially announced as “Meet the Press” series to enable the media to seek clarifications on national issues bordering on the welfare of the people, turned out to be a public forum and a platform by the government to showcase its performance through development projects by MMDAs, via a photo exhibition which heralded the forum.

The theme for the forum was: “People Matter. You Matter, Everybody Matters”. Dubbed “Government for the people (G4P) forum”, the occasion, which was more partisan, with the attendance of selected identified groups, experienced a lot of protocol failures, as Presiding Members and assembly members were not formally invited. There were also no representatives of Nananom.

Dr. Samuel Sarpong, the Ashanti Regional Minister, who hosted various sector Ministers, including the Minister of Communications and Minister of Education to the programme, gave an overview of the region and status of implementation of development projects and programmes by the government.

According to the Minister, Ashanti region has witnessed a lot of development projects to bring about improvement in the living conditions of the people, evidenced in growth in all sectors of the economy; including education, health, agriculture, roads and rural electrification, among others.

Besides these, for districts such as Sekyere Afram Plains, Adansi North, Obuasi Municipal and Bosomtwe districts have benefitted from the first Phase of Community Day Senior High Schools, being constructed by the Government.

Dr. Sarpong also outlined a number of interventions in the agricultural sector, roads, rural electrification, water and sanitation and economic activities in the region.

On the menace of illegal mining (galamsey) activities, the Ashanti Regional Minister expressed regret that in spite of numerous efforts by the National Security and the various Security Councils at the regional and district levels, some individuals and groups continue to engage in the illegal operation and appealed to stakeholders, including Nananom, religious leaders and opinion leaders to cooperate with the Regional Anti-Galamsey Committee, appointed to control galamsey activities and prevent further deterioration of the environment. 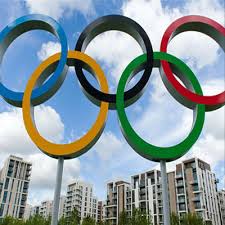 OMP, Olympics to meet over Duncan