The Northern Regional secretary of the New Patriotic Party (NPP) Mr Salifu Sule has called on the constituency executives of the NPP in the Zabzugu of Northern Region to campaign towards the November elections based on policies and not chieftaincy.

“The NDC after benefiting hugely from chieftaincy politics are now shying away from their own political promise of finding lasting peace in Dagbon and beyond”.

According to him, it will be surprising and disingenuous on the part of the NDC to want to do chieftaincy politics this year. He explained.

The regional secretary also used the occasion to call on the party officers in the Zabzugu area to use very skillful and competent persons as party agents to protect the ballot.

The constituency executives also expressed their willingness to do all what they can to support the party to get in power in the November poll. 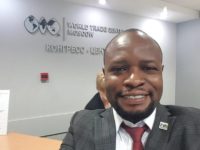