The 2016 flag-bearer of the New Patriotic Party (NPP), Nana Addo Dankwah Akuffo-Addo has urged members of the party to vote massively for its aspiring members of parliament to ensure it becomes the next majority in the law making chamber.

This, he noted would ensure easy passage of the party’s programs, policies and plans in the legislative assembly.

Addressing regional, constituency and research officers of the party in Kumasi after touring the three Northern Regions, Nana Addo rallied the rank and file of the party to consciously project its parliamentary candidates in their individual localities.

According to him, such enterprise would ensure the candidates maximize votes to propel a one- touch victory for the party in the upcoming elections.

STRATEGY:
The flag-bearer disclosed every push members give to the party’s aspirants would ultimately mean a maximization of votes across the country.

He urged members to close their ranks and work towards achieving a common goal which was to win the upcoming parliamentary and presidential elections.

”Rally behind your MP aspirants and forget about the petty squabbles that ensued before the primaries because we can only win with a united front”, Nana Addo urged.

Any effort to sell the party’s message with its aspirants across the country, the flag-bearer opined was the catalyst to garnering more votes that would ensure the party records a landslide victory in December.

According to Nana Addo, the only way the party could be able to implement the policies it has outlined so far is to ensure it pushes its candidates to form the majority in parliament.

”Having majority of our  members as legislators would ensure easy passage of bills as well as the implementation of programs and policies by our party’, Nana Addo stressed.

He noted the call was in order and one that has been made on time since this will lessen the antagonism between some party members and their MP aspirants in some of the constituencies.

Madam Patricia Appiagyei, MP for Asokwa expressed readiness to work with members of her constituency.
She promised to reach every household with the NPP message of hope and called on other party faithful to join in that pursuit . 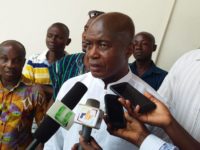 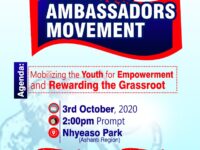 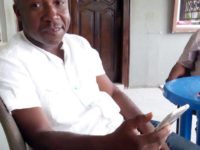 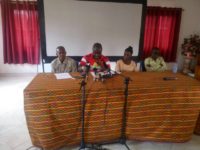