The case involving controversial New Patriotic Party (NPP) activist, Hajia Fati Amadu, popularly known as Aliga, has taken an entirely new twist with her lawyer now pushing for the police to arrest the 2012 presidential candidate of the party, Nana Akufo-Addo.

Lawyer Emmanuel Darkwah wants the police to invite the NPP strong man for questioning regarding allegations leveled against his (Darkwah’s) client over an assault case.

Hajia Fati and Moses Abbor, the Ayawaso Central Youth Organiser, have been accused of having a hand in the assault of Ibrahim Atluk, a close aide to NPP National Chairman, Paul Afoko.

The two were invited to the headquarters of the police Criminal Investigations Department (CID) last Friday, September 19, for questioning and subsequently granted bail after three hours of interrogation.

This followed a complaint lodged at the Nima Police Station by Atluk, which was subsequently sent to the Police Headquarters with the purported influence of Paul Afoko, who had been having his own battles with other colleagues over the affairs of the party.

It has emerged that the complainant (Atluk), who happens to be one of several aides of Afoko, told the police that when he was being subjected to beatings, his attackers said they would visit more brutality on him next time if he did not stop insulting Hajia Fati and Nana Akufo- Addo.

The attack by the yet-to-be-identified men left Atluk with a dislocated arm and bruises.

It was for this reason the tough-talking and no-nonsense Hajia Fati was invited by the police for questioning.

Lawyer for Hajia Fati therefore could not fathom why Nana Akufo-Addo, whose name was said to have also been mentioned during the attack on Atluk, had not been invited for questioning, let alone arrested in the interest of fairness.

Emmanuel Darkwah therefore charged the police investigator handling the case, Deputy Superintendent of Police (DSP) William Sedoama, who happens to be the Director of Homicide Unit of the Criminal Investigation Department, to also invite Akufo-Addo, introducing a new twist to the case.

After reporting themselves to the police last Wednesday, Hajia Fati was said to have gone straight to Akufo-Addo’s Nima residence and told him to be prepared because the police might soon be inviting him for questioning over the assault of Afoko’s boy.

Hajia Fati and Moses Abor have since been asked to report to the police in two weeks’ time (October 1, 2014). 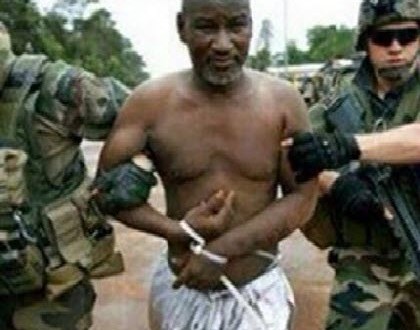