Manufacturers of Coffins at Labour Roundabout in Kumasi say they will soon outdoor a special coffin into the market which will be called ‘Dumsor’ coffin.

According to them the idea is the only way they can also show their frustrations on how the current unstable power supply affects the coffin business recently.

The crafters say the cost of materials they use for making the coffins are increased daily, a situation they explained is not helping the business.

They cited materials such as wood and the spraying machines which require electricity for effective work.

The wood for instance they say becomes scarce from the wholesale at the Sokoban Wood village when there is no electricity to produce them.

The spraying machines which add brightness to the coffins after furnishing touches also remain non functional when there is no electricity, a situation which compels the manufacturers to rely on petrol as an alternative.

The Labour roundabout in Kumasi in the Ashanti region is the home of coffins of different shapes, sizes, colors and designs.

The prices of these coffins range between GH ₵600 and GH ₵2500.Bereaved families who hold their dead relatives in high esteem usually find the place a stop shop for the preferred coffins for burial.

Leader of the manufacturers Owusu Ansah who is popularly known as Forman said they have decided to increase the prices of the coffins because of the unstable power supply.

He explained that the decision to increase the prices was necessary because it is the only means to maximize profit and minimize cost.

“One major factor is that the wood we use in making the coffin we have to use electricity to cut them into shapes before we can craft them and another is that in spraying we have to use electricity to spray the coffin afterwards. So the dumsor is really affecting our production. We are appealing to Government to solve the power problem,” he appealed.

Most of the coffins already on the market have names such as ‘Aben wɔ ha’, theatre, baby jet, lincholn and several other names.

The manufacturers have however hinted they will soon name one of their coffins after the erratic power supply.

The ‘Dumsor’ coffin which would be sprayed black will have other features such as a blinking bulb that will be on and off to signify its name. 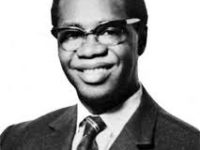