Kuapa Kokoo farmers give Fatima Ali another 4 years as President

As the sole contender for that position, she polled 158 yes votes constituting 93.5% against 11 No votes.

She promised to ensure a united and more successful union together with her Executives. 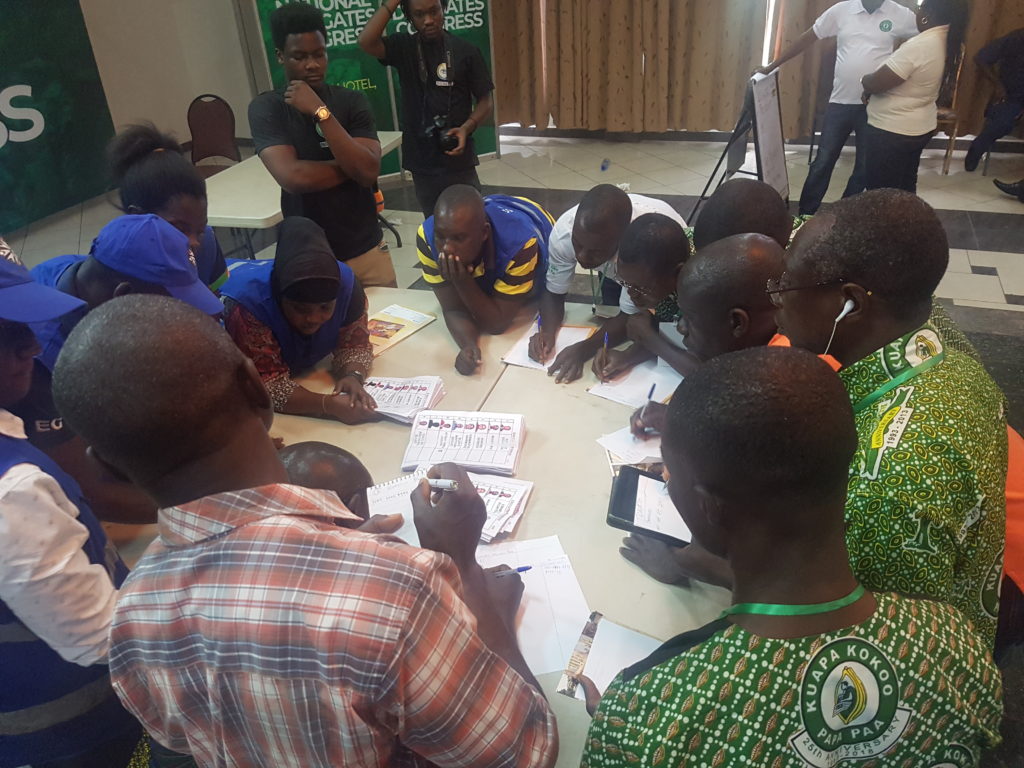 Counting of votes with EC, polling agents and observers

James A. Kwarteng became the Vice President with 51.2% of Votes cast while Cecilia Appiadu became Treasurer with 45.8% of votes cast. With 67.65% the sole candidate; Sampson Cobina became the Assistant Treasurer.

Mary Appiah polled 83.5% to become an Executive member together with Mary Kosi and Ernest Boateng.

In all, 171 delegates participated in the voting.

The New Executives were sworn into office to begin their service to KKFU. 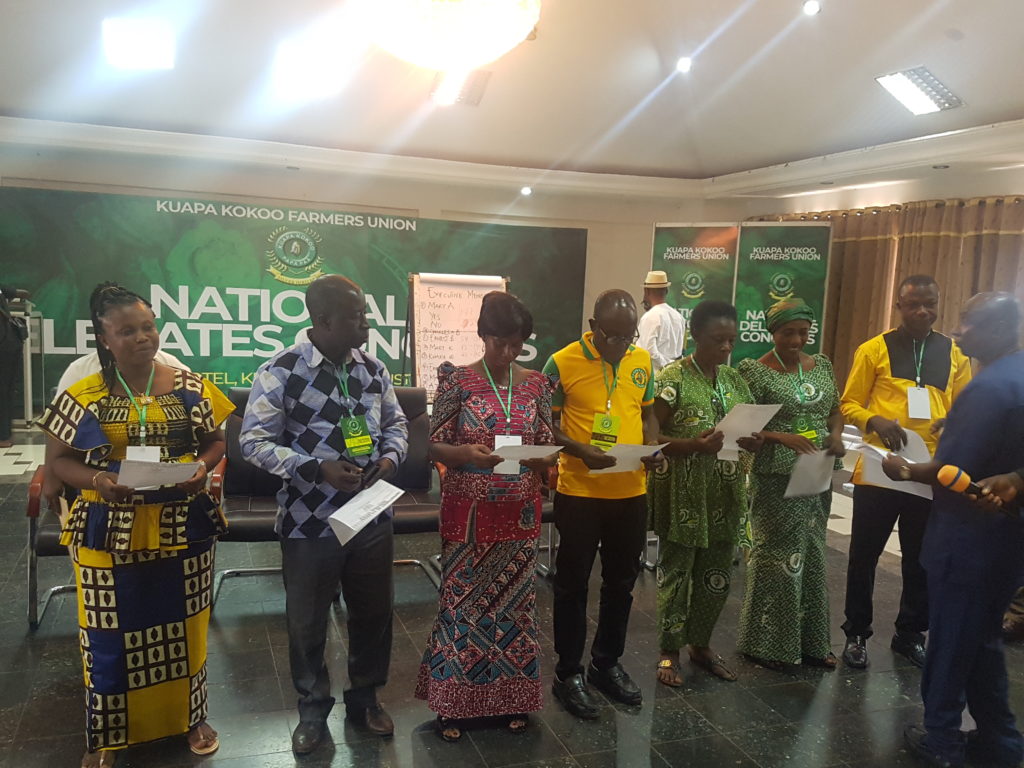 Security at Miklin Hotel, Kumasi was very tight as participants were patted down before being allowed entry. Some farmers Bernard Buachi of rawgist.com spoke to expressed satisfaction with the security arrangements and organization of the conference and hoped it would be maintained.

Observers and partners from various organisations were present with messages for the farmers. They praised the farmers for a free, fair and transparent election and encouraged the Executives to rally every member on board Kuapa Kokoo’s development agenda.

Country Director of Millennium Promise Alliance (MPA), Chief Nat Ebo Nsarko praised Kuapa Kokoo and the leadership for the apt collaboration that resulted in the setting up of the TeleAgric Center; the first of its kind in the world.

He assured the farmers that center will help bridge the extension services gap and provide them with useful real time information to help improve their farms. 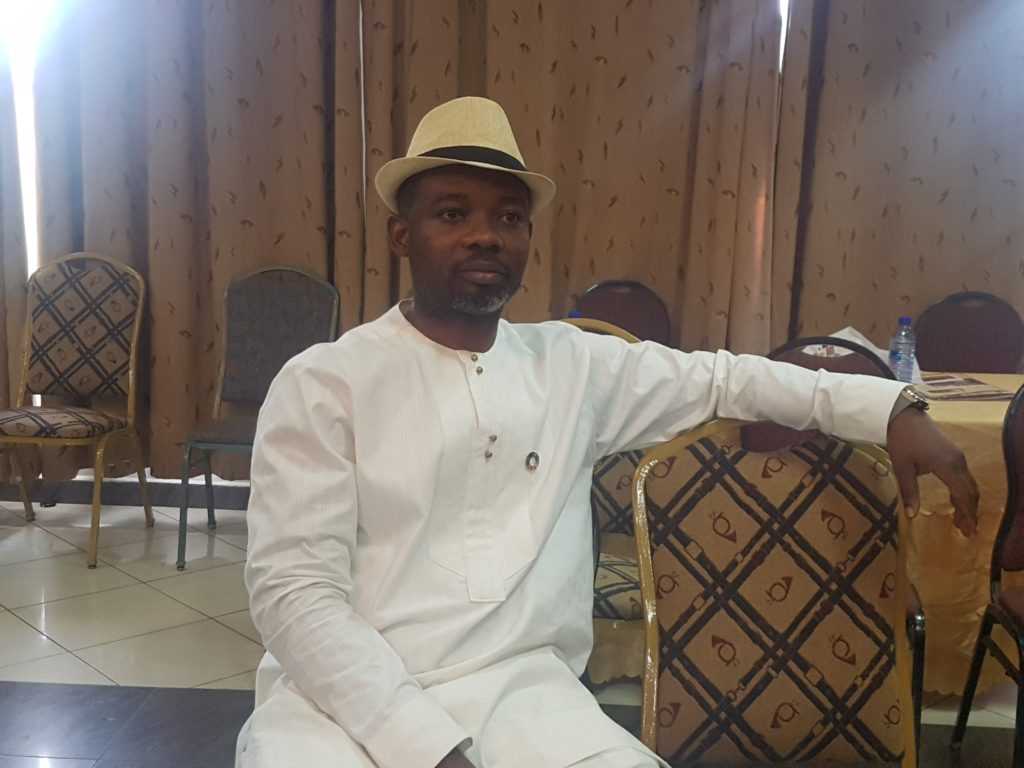 The farmers were screened for various health conditions and treated by medical professionals attached to the Health Directorate of Kuapa Kokoo. 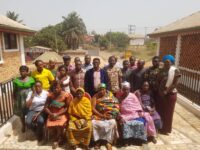 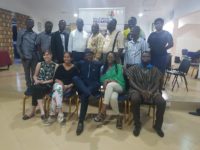 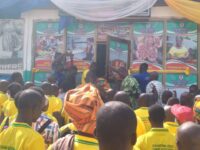 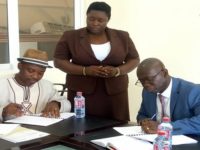 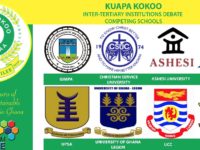 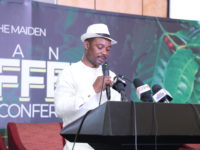