The Kumasi Metropolitan Assembly (KMA) has begun the process to open a competitive bid for interested companies to construct a gas plant for the processing of the huge tons of solid and liquid waste generated by its residents into bio-gas.

When completed, the project, the re-usable end product, is expected to reduce the gas demand deficit in the country considerably to end the perennial gas shortages.

Sources close to the KMA who spoke to the Ghana News Agency (GNA), in Kumasi on conditions of anonymity said the 100 acreage landfill site at Kaase in the Metropolis started operations in 2004, receiving 1,200 – 1,300 metres of solid waste and 318.5 metre cube of liquid waste each day.

An additional advantage would also be the permanent termination the health hazard posed to the immediate residents of Kaasi due to the powerful stench the huge piles of waste emits, “perfuming” the whole area and its attraction for mosquitoes and other dangerous reptiles.

The project named as one of the numerous projects lined up to rid the city of garbage and restore it to its past glory as the Garden City of West Africa, the source said.

The source further said the project would commence when the height of the damp site now at 22 metres increased to the accepted international standard of 25metres.

However, some residents within the area have complained of the health implications of the mounting garbage at the site causing a lot of nuisance to the surrounding households.

Theophillus Arhin, a resident who summed up their concern said they were deeply worried about the offensive smell also now a “maternity home” for mosquitoes and all types of reptiles.

“The occasional burning of the refuse gives off billows of smoke, the inhalation of which was gradually exposing them and their infants to various upper respiratory tract disease is equally worrying, he added”.

The proximity of the landfill site to the main stretch of road linking the community to Ahodwo, Santasi Rounnd-About, Asokwa and Ahinsan, is another big bother as commuters most of whom board vehicles by the roadside, have to cover their noses with handkerchiefs to avoid breathing in the unpleasant smell and dust.

Madam Mary Appiah-Kubi, another resident said the stench becomes worse whenever it rained forcing residents to leave the windows and doors to their rooms open and this gave free entrance to the mosquitoes to attack them.

In a sharp rebuttal however, a KMA official at the refuse damp site who did not want to be known said, the KMA had been spraying and covering the dump to reduce the stench.

He pleaded with the residents to exercise restraints while authorities ensure that the spraying and covering of the site were done effectively to avoid any health hazards. 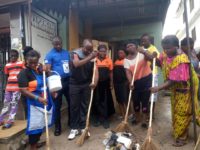 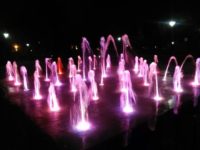 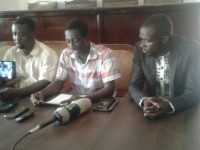