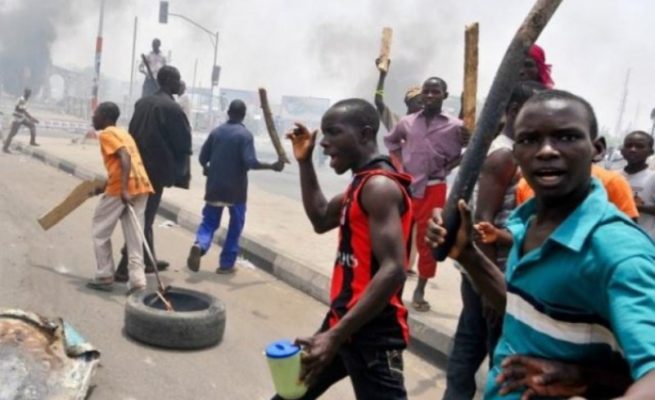 Folks, in these modern times one could be appalled that some people are still insanely superstitious and attribute any ill-luck or misfortune to the doing of witches; and Nana Agyekum, a rich cocoa farmer who lived many years ago at a village in the Brong Ahafo Region was the veriest gullible of all such like-minded people.

VW Beetle car is one of the few vehicles with the engine at the rear. It happened one day that, Nana Agyekum after a very successful cocoa season bought a VW Beetle car. In those days very few people in the whole country were privileged to own cars, and so he decided to visit some friends in a neighbouring town to show off his newly acquired asset, but the car developed a fault halfway through the journey.

He quickly went in front of the car and opened the bonnet in an attempt to check the fault; unfortunately no engine was found. He thought that some witches have removed the engine in a blink of an eye! Sweat began to run in rivulets down the sides of his face; his jaw dropped involuntarily, and he spoke in brong: “Kai, nkrofuo no b3 tu engine no.” (Witches have removed the engine.)

Nana Agyekum waived furiously for the sporadic oncoming vehicles to stop, and because he was quite popular in the area, a couple of drivers with their passengers alighted from their vehicles and went to his aid; after narrating his story, some enlightened ones among the people, with suppressed laughter tried to convince the old man that engines of VW beetle cars are positioned at the rear, but he wouldn’t listen, so they took Nana to the back of the car and opened the engine compartment.

On seeing the engine, he exclaimed, “Aah, you see, I knew it! These people are wicked and fiendish, after removing the engine from the front see where they’ve brought it.”

Interesting story, isn’t it? This not withstanding, the issue of thuggery under the NPP government has far gone from a bizarrely act of vigilantism to pure terrorism, and this is taking up every minute of the lives of Ghanaians with worry. These goons seems to have lost their humanity to something far more; something dangerous and a mega trouble! Clearly they have been emboldened by the minimal non-custodial sentence given to some of them when they assaulted a regional security officer, and freed their colleagues standing trial in court by chasing out the judge administering Justice.

The Presiding Bishop of the Methodist Church of Ghana, Most Reverend Titus K. Awotwe Pratt who is unhappy about this development, has this to say, “The judgement in Kumasi on those boys [Delta Forces] is a slap in the face of justice. You cannot behave like this and then be charged this flimsy money and then go free, it is not good. If indeed they are members of the NPP, the leadership should make sure that those who go wrong are put right.”

He added: “The IGP must be seen acting and working and nip this thing in the bud so that it doesn’t happen again, it is disgraceful.” He was speaking to Ultimate FM’s Isaac Bediako few days ago.

So far, 21 such acts perpetrated by NPP thugs have been recorded across the country in spite of President Akufo-Addo’s warning that he will make sure the culprits of such lawlessness are dealt with by the law; but does he have the clout to carry out this threat? The answer is NO, and I will explain. Hehehehe, let me speak in parables small. What is happening is the shortest-straw sort of situation; it is a trust that has been horribly misplaced. President Akufo-Addo is running with the ball, but hasn’t considered who made the pass.

Those boys were promised juicy jobs if they help Nana to become president; now they have fulfilled their part of the contract, and you want to renege on your promises? Lie-lie!

The most terrifying thing is that these NPP goons are more dangerous than they appear to be; they have been trained by Serbian and South African mercenaries, and have the capacity to “assault the pillars of power” given their numerical strength across the country which is over and above that of all the country’s security forces combined – this sounds awfully dangerous to me.

There is a popular Akyem saying that, those who drink from the Birim River won’t look on for Okyeaman to be destroyed, and in all honesty, I wish the President well as an Akyem. But my uncle apparently is in a deadly quagmire, and seems to have two choices: either provide every member of these vigilante groups with succulent job or crack the whip to provoke them to revolt. A heap of trouble! Isn’t it?

In fact, I cringed when they attempted to remove a Regional Security Coordinator from office, but when they recently dragged the Karaga DCE out of office, I thought to myself, Kai, nkrofuo no b3 tu Nana engine; soon they are likely to remove regional ministers and march to the Flagstaff House: after all, power sweet. Walahi, if the likes of Idi Amin could become a Heads of State, nsha Allah, nothing is impossible for those who are determined!

The boys are starving, they need jobs to make ends meet, but they sound used and dumped, and they are livid; when hunger and anger work together the results are spectacular; kikikikikiki, no, they are terrifying. This is an awful, ugly truth. 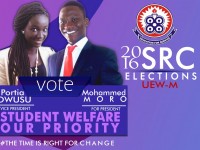