Again, our beloved master Rasoolullah Muhammad Mustapha (saw) is reported to have said that, if a hunter or anybody goes out hunting and sees an animal but has no intention of using it as food, then he strongly cautions that individual never to kill that animal for “fun”. (paraphrased).

This is the level of reverence that Islam gives to every single soul on the surface of the earth and even animals. So if anybody or group of people have decided to misquote certain portions of the Quran for their acts of crime, then that is purely tERRORism and has no place in Islam.

Jihad is from the root word Jahada which basically means To Strive. It appears not less than 41 in the Quran and in each of them, it relates in no way to “holy war”. As a matter of fact, there is no term like “holy war” in the Quran. The Arabic word for war or fighting is Qital. However, one of the biggest misconception of the 21st century is that Jihad means holy war.

Jihad is of two kinds, Jihad Akbar (Greater Jihad), which is Jihad (striving) against one’s own evil desires and propensities. The second is Jihad Asgar (Lesser Jihad), which is Jihad (striving) against the enemies of truth which includes fighting in self-defense (with very strict rules in protecting the innocent and other creatures of God). Some mentions of Jihad (to strive) in the Quran are… (Quran 29:69, And those who strive for Us – We will surely guide them to Our ways. And indeed, Allah is with the doers of good.)

(Quran 22:78, And strive for Allah with the striving due to Him. He has chosen you and has not placed upon you in the religion any
difficulty. [It is] the religion of your father, Abraham. Allah named you “Muslims” before [in former scriptures] and in this [revelation] that the Messenger may be a witness over you and you may be witnesses over the people. So establish prayer and give zakah and hold
fast to Allah . He is your protector; and excellent is the protector, and excellent is the helper.)

Do these verses in any way suggest that Muslims should go about tERRORizing people??? Of course not, tERRORism has no place in Islam, Islam stands for Peace.

May Allah help us all, and give us victory against world tERRORism, Amen!!! 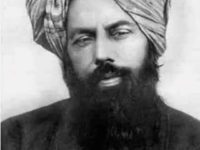 A mockery of Ramadan (Part 2): Nine-day wonder of virtues 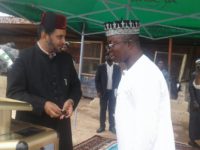 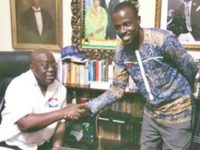