Figures from the National Insurance Commission (NIC), has shown that the implementation of the ‘No Premium No Cover’ policy has cut the premium income of insurance companies by about two-thirds, B&FT has gathered.

The data shows that the premium income of insurers dipped by about 83 per cent from GH¢226.3 million collected within the first three months of the year to GH¢123 million at the end of second quarter.

In all, the insurance companies made GH¢349.3 million in premium earnings for the first six months of the year.

However, the insurers are encouraged with their performance as the ‘No Premium No Cover’ policy has helped to boost their liquidity position with reduced debts in their books.

The ‘No Premium No Cover’ policy, which became operational from April 1, 2014, enjoins non-life insurance companies to demand upfront premium payment from policyholders before providing insurance cover.

Since the implementation of the policy, the top-five earners SIC Insurance, Metropolitan Insurance, Enterprise Insurance, Star Assurance and Vanguard Insurance bagged a total of GH¢80.2 million out of the total gross premium that was generated in the second quarter.

The result contrasts with concerns that were raised by industry watchers, prior to the implementation of the policy, who had argued that “No Premium No Cover” will worsen the current low insurance penetration in the country.

It rather resonate claims by the Commissioner of Insurance, Lydia Lariba Bawa that the policy will help to boost the liquidity of insurance companies to enable them pay claims promptly to beneficiaries to increase public interest in the country’s insurance practice.

Managing Director of Ghana Reinsurance Company Limited, Gustav Siale is currently rallying support for the directive saying: “It will ensure the financial well-being of the insurance industry”.

At a recent function organised by the company in Accra, Mr. Siale explained: “No Premium No Cover” policy will improve the cash flow of all industry stakeholders and boost its financial health.

Some insurance practitioners have told the B&FT that the practice of some insurers issuing out policy covers without collecting the appropriate premium has arisen in the face of growing competition in the industry.

Industry players believe the difficulties in accessing claims when they fall due have dampened public confidence in the industry.

Currently, there are 43 insurance companies in both the life and non-life insurance sectors, who are all competing in a market where insurance penetration is less than two percent.

The NIC has said that its efforts to encourage people to take up insurance policy cover will be hampered if insurers continue to undertake practices that put them in difficult situations to honour claims when they fall due.

“The current state of affairs has not only increased the credit risk of insurers, but has also introduced uncertainty in the market as to the capacity of many insurers to meet their obligations to insurance policyholders and other stakeholders.

“It has contributed significantly to the inability of insurance companies to pay claims promptly and adequately,” it added.

The NIC said it will ensure strict adherence to the “No premium, no cover” policy in a bid to bring sanity into the industry.

It said it has instituted a number of punitive measures for insurance companies that will fail to adhere to the policy, including charging insurers 10 times the amount involved for granting cover without premium. 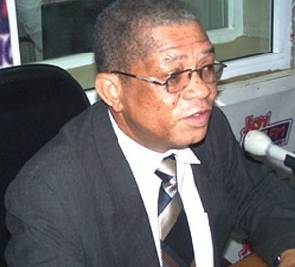 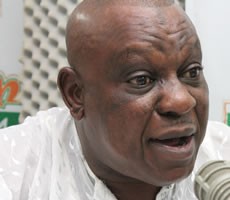 NPP to clinch victory in 2016 elections

Conversion of polytechnics to varsities to start 2016