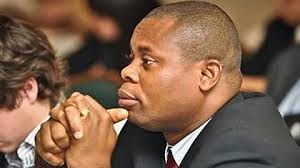 Policy think-tank IMANI Africa has kicked against the government’s plan to use restrictive tendering to select a replacement for Power Distribution Services (PDS) after the company’s concession agreement with the government was terminated.

IMANI, in an assessment of the recent PDS debacle, said it believes that the government must ensure a competitive and transparent process in the selection of a new local investor to participate in the concession and therefore urged the government to immediately change the planned procurement method.

“If we also want high local content, then we need to institute a competitive and transparent process for all local investors to participate in a process of price discovery. The government’s preference for backroom dealing, exemplified by its proposal to use restricted tendering to select new partners, after all that has happened, is completely needless. This posture should change completely. We are tired of botched utility reform projects in this country,” it said.

The government officially announced the termination of its power concession agreement with Power Distribution Services (PDS) in a statement dated Friday, October 18, 2019 after a meeting in the US involving the Secretary to President Akufo-Addo, Nana Bediatuo Asante and officials of the Millennium Challenge Corporation.

The concession agreement was initially suspended on July 30, 2019, by the government due to what it called “fundamental and material breaches”

Details of the alleged breach revealed that PDS’ guarantee was irregular and fraudulently procured.

Many views have been expressed concerning the development about the concession which was less than a year old.

While some have accused the government of negligence and inability to thoroughly scrutinize the deal’s agreements to identify the breaches early enough, others have lauded the government for terminating the deal although it has resulted in the country losing out on $190 US MCC grant.

The US government through the Millennium Challenge Cooperation which is implementing the power compact has also stated its disagreement with the government’s decision but IMANI said it does not believe that the US government’s concern about keeping the sanctity of the contract is superior to dealing with the impropriety of the deal.

It also criticized the government for the “poorly thought through” process in ensuring 51% local participation in the Special Purpose Vehicle.

IMANI wonders: Who is calling the shots in Ghana? 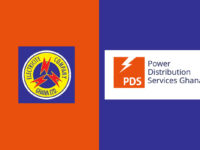