The aspiring parliamentary candidate for the National Democratic Congress (NDC) in the Nhyiaeso constituency, Dr Samuel Sarpong has reiterated his resolve to wrestle the MP seat from the opposition New Patriotic Party (NPP).

Speaking to the media after submitting his nomination forms to the Electoral Commission, Dr Sarpong said his confidence stems from the overwhelming support he has gained from the cross section of residents in the Nhyiaeso constituency.

According to him, having known his background as someone who is development oriented residents continue to freely offer him support in all his outreach programs.

This, he pointed to gives him the firm assurance that the seat is his for the taking to restore dignity to the community popularly referred as an elite constituency.

YOUTH:
Answering questions on why the youth seem to be following him in his campaign, the confident Dr Sarpong said ‘the attraction comes naturally if people find you to be action-oriented’.

‘’When people read your history and take account of your background as someone who works with youth they would naturally come to you’’, the former regional minister posited.

He stressed his belief in the youth, adding his campaign had strategically targeted them to ensure the constituency realizes the development it so desires.

Dr Sarpong mentioned plans to ensure the youth gets meaningful job opportunities when he is elected as the parliamentary candidate in the upcoming polls in December.

NDC:
Sounding confident, the SHC manager maintained the NDC would win more seats in the region since it had worked to ensure development reaches all districts.

He believed the government had done enough to warrant a second term in office and promised to do more if he is elected as MP.
‘’I will use my lobbying skills to get more development to the Nhyiaeso constituency as I collectively work with other appointees in government to ensure the Ashanti Region is properly developed’’, Dr Sarpong noted.

He urged the youth in the party to conduct themselves in such manner to make the NDC more attractive to the electorate to ensure the party wins the upcoming presidential and parliamentary polls. 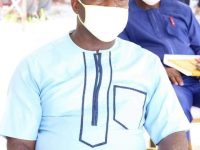 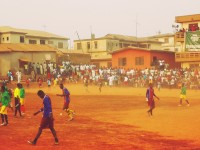