I’LL SHOOT YOU AND ANYONE YOU BRING TO MINTIN—-BOSOME FREHO DCE THREATENS LICENSED MINER. 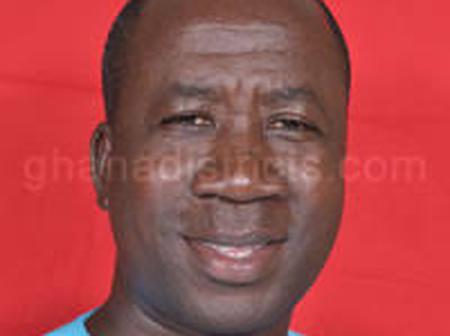 In a voice recording intercepted by this reporter, Mr Danso is heard using abusive and unpalatable insults on Mr Agyeman, a man who is noted for doing clean mining and winning awards on same.

The DCE with some fury alleged that the license given to Rock-Hill Minerals Limited does not warrant the company to do any form of mining in the area within his jurisdiction.

He also threatened that persons who have been guarding workers of Rock-Hill will be shot at any time they are found close or on the land in the Mintin community.

“You are a stupid man to bring machomen to work on a land which is not yours and I am warning you that despite we being of same faith I will shoot and kill you and anyone who I find on the Mintin land because the papers you claim you have are fake to allow you to mine in my area”, the DCE threatened.

BACKGROUND:
In September 16th, 2020, Mr Kwaku Asomah Cheremeh, Minister of Lands and Natural Resources gave under his hand a three year renewable licence to Rock-Hill Minerals Limited to carry out prospecting in the area in contention.

The Minister also permitted the mining company to search for gold and any other minerals they may find on the land at Mintin.

The licence given to Rock-Hill is to expire on the 15th of September, 2023 but subject to renewal or otherwise as determined by both parties that is the Government of Ghana and the mining company.

RESPONSE:
Speaking to this reporter, Director of Rock-Hill, Mr Agyeman said he would not comment on the matter since he wants to use the legal route to address the matter.

He promised to make the insults on his person as well as the threats on his life and that of his workers available to the courts.

The court, he noted would make a fair judgement on the matter and settle same.

He noted that just as he had done in all areas he had mined in the Ashanti region his licenses are genuine, adding that he was committed to doing clean and safe mining wherever he secures concessions to work at.

“My brother I believe in fulfilling all regulations and procedures in my scheme of work and so I will not resort to the use of insults just as the DCE has done but rather I will apply myself to the courts and allow the legal system to prove my innocence”, Mr Agyeman posited.

FACTS:
Yaw Danso, the DCE for Bosome Freho has for almost two years been battling with licensed firms in his jurisdiction.

This, our investigations reveal is the strategy deployed by the DCE to get those who own legitimate concessions to go away from Bosome Freho so he as Chairman for District Security Council could carry on with his ‘”illegal mining” activities.

Almost two years ago, Operation Vanguard intercepted some equipments suspected to be that of the DCE who was seen as someone engaged in “illegal mining”.

Listen to threats made by the DCE:

Below is the mining license of Rock-Hill Minerals Limited 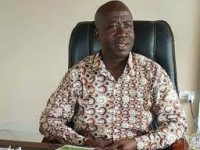 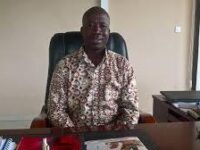