The newly elected women’s organizer for the Asunafo-North New Patriotic Party branch in the Brong-Ahafo Region, Ama Fosuaa has expressed her determination to mobilize the female folk in the constituency for party work.

According to her, the success of the NPP as a ruling party and government will be largely due to the kind of support women in the party will give it.

Speaking to the Ghanaian Observer Newspaper moments after she was announced as the winner of the fiercely contested women’s organizer position, Madam Fosuaa pledged her resolve to draw all women in the area to the NPP fold.

VISION:
Highlighting her vision to this reporter, Ama Fosuaa, the youngest ever women’s organizer stressed her commitment to serve with humility so as to woo more ladies into the NPP.

She noted her desire to conduct and comport herself in manners that will enable her to become a role model for many of the young girls in Asunafo-North.

According to her, many have the idea that politics is not a field or career for ladies, adding that such an idea is backward.

‘’I want to serve with humility so that ladies in this constituency can point to me as their role model in future’’, Madam Fosuaa posited.

OTHER RESULTS:
Henry Prempeh won the constituency chairmanship position when he polled 379 votes to beat Francis Agyemang Dua and Kingsley Twum Barima who polled 347 and 82 respectively.

In the race for the secretary position, Tweneboah Kodua James whipped Ayaric Joseph by polling 599 votes with the latter gaining a meager 170 votes.

Asiedu Alfred garnered 584 votes in the youth organizer contest as he humiliated the sole challenger, Boadi Francis who secured 184 votes.

Thomas Kofi Twum won the contest in the organizer position while the Deputy Secretary accolade went to Patrick Ayamah in an election which was supervised by Lawyer Tua Yeboah from the National Headquarters of the NPP. 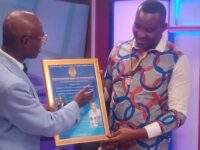 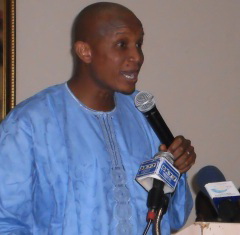