The Ashanti Regional Minister, Mr Simon Osei-Mensah has asked for advice from religious and opinion leaders in the region.

This, he noted would enable him to administer his office properly since almost every Ghanaian belong to one faith or another.

Interacting with the Ashanti Regional Chief Imam last week, Mr Mensah stressed his doors were open to leaders of such nature and would gladly welcome advice, suggestions and criticisms that are aimed at making his administration better.

”I believe the counsel of the religious leaders is the one that shapes the society and therefore am glad I can count on such to make my administration an open one’, the Minister stressed.

According to him, administrators do well when they constantly receive feedback and advice from people of insight and knowledge.

DEVELOPMENT:
The minister assured the Islamic leader and officials his determination to lobby for more of development projects for the Ashanti Region.

He also promised to ensure projects that were started in the region by the previous government  are continued to its completion.

According to him, governance is a continuous process and therefore the need for successive governments to build on the gains and developments started by previous administrations.

‘I am committed to partnering with the people of the region to bring development and will ensure that projects that started during the time of my predecessor is continued for the benefit of the people.

RESPONSE:
Welcoming the regional minister, the Chief Imam, Sheikh Abdul-Moomen Haroun expressed delight for the gesture.
He stressed no one was an island and therefore anyone who welcomed advice and criticism was bound to succeed.

”It is rare for politicians to readily accept criticisms and therefore i see the step taken by you as a bold one that will lead you to succeed in your administration”, the Chief Imam noted.

He, however, asked that the minister operates an open door policy where anyone no matter their persuasions could offer suggestions as how the region could be administered better. 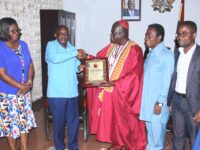 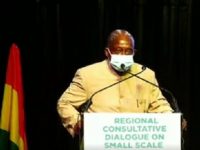 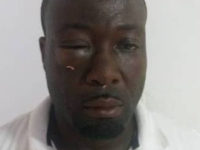