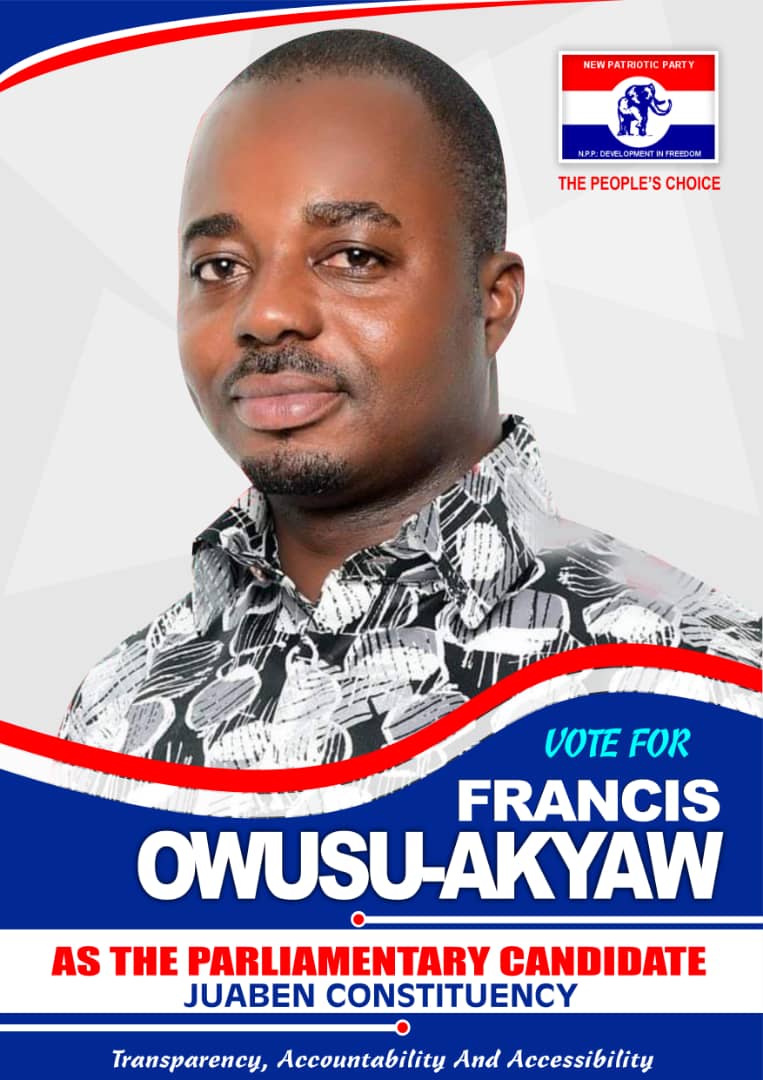 An aspiring parliamentary candidate for the NPP in the Juaben constituency, Francis Owusu Akyaw says he is committed to the welfare of the people in the ancient town in Ashanti.

Speaking to the Ghanaian Observer Newspaper on his vision to serve as Member of Parliament (MP) for Juaben, Mr Akyaw said he is determined to make the constituency a prosperous and economically viable one.

He noted that the people of Juaben deserved the best of everything in the line of development and promised to lead them to achieve same.

The Minerals Consultant pledged his commitment to provide basic amenities in the communities within the constituencies.

‘’I plan to do more for the Juaben constituency and the people in the communities especially those in the deprived areas’’, Mr Akyaw passionately stressed.

Speaking about projects he has in mind for the Juaben people, the aspirant promised to help schools in Juaben to get modern classrooms.

These new classrooms and infrastructure, he noted would help would augment what they have in existence.

Mr Akyaw promised to solicit for support so as to provide accommodation for teachers and nurses who serve in the communities in Juaben.

The Juaben constituency, the aspirant mentioned is noted for their interests in agriculture and therefore promised to provide incentives to minimize the stress farmers go through in their work.

‘’Just as I renovated the bungalows of the teachers at Esaase I am committed to doing more for the people who render services to the people of Juaben especially teachers and nurses’’, Mr Akyaw posited.

Taking this reporter round the renovated bungalow for the Esaase teachers, Patrick Nti, a former Assembly man for the area recalled how the aspirant in October 2018 supported the community.

He noted that despite the numerous calls on the constituency’s MP for assistance no support came through.

The former Assembly member said the support for the renovation by the aspirant was swift despite the short notice given him.

‘’Mr Francis Owusu Akyaw surprised us with the funds for the renovation of the teachers bungalow and we are glad that he has decided to respond to the call on him by constituents to contest as MP aspirant in the NPP so that he could properly serve us when he gets the nod to lead us’’, the assemblyman stated.