How to function as a king in your domain 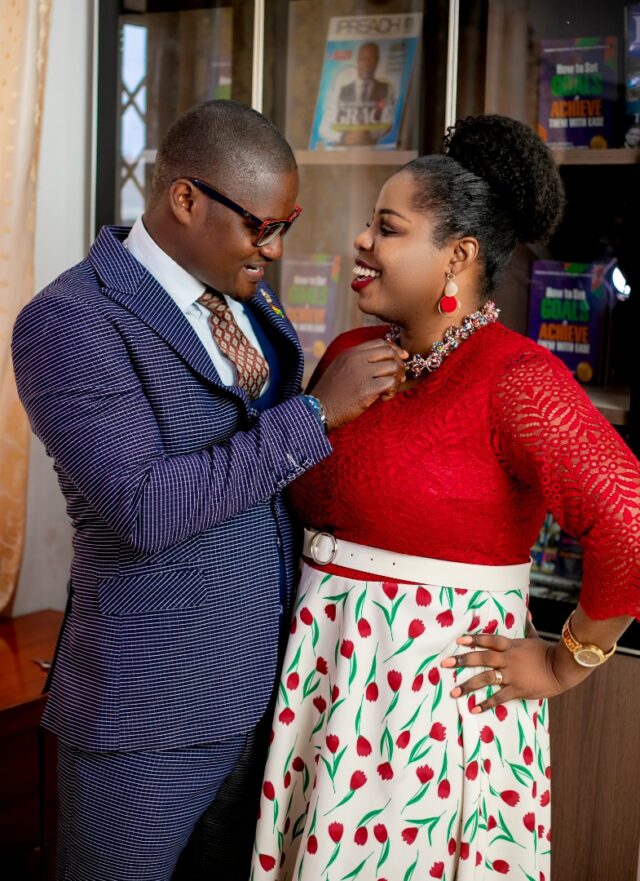 #The Church of the Future.

Easter is a significant celebration on the world’s calendar. It is not a celebration for Christians. Easter is a message to the world! The special event which commemorates the death and resurrection of Jesus Christ, our Saviour and the King of Kings presents several lessons for our learning.

Often, the message about the Kingship of Jesus has been relegated to the background while much emphasis is laid on His “Saviourness”. Jesus is not just the Saviour of the world; He is also an everlasting King and He has made every one of us as Kings. We represent His Kingdom on earth.

The scriptures reveal that, in the fullness of time, Jesus came to the earth and re-established the Kingdom of God. It is important to understand that Jesus did not come as a religious leader but rather as a King and Political leader. For your information, the word church is not a religious word. It is a political word. Obviously, because, only a King can establish a Kingdom, this act alone reveals that Jesus Christ is the King.

In this special article, we shall examine ways by which a Christian can function as a King in his or her domain. Your domain applies to your area of calling as a business executive, pastor, entrepreneur, politician, entertainer or whatever.

1. YOU MUST ENJOY YOUR REIGN, BECAUSE YOU CAN NEVER BE VOTED OUT OF POWER AS A KING

Kings reign. In fact, the word itself is akin to kingship. As a king, you must reign because, you were never voted into power, and so, there should be no fear of being removed from your throne. Unlike democratic leaders, kings do not have a limit on the number of years on their reign as kings. Kings reign forever! No elections are held for kings! Jesus, who is our King of Kings and Lord of Lords, reigns forever. Because the kingdom is his by birth, a king rules for life. A president is voted out of office or departs due to term limits, but this does not apply to a king. Jesus was King before this world began, and He will still be King after it has passed away. In fact, the scriptures make this bold declaration: “The kingdom of the world has become the kingdom of our Lord and of His Christ, and He will reign for ever and ever”.

Jesus as King carried so much authority and so, are we. We have the power to make decrees and enforce them. As a king, you can exert authority over every situation in this life. When a king makes a law, it is never taken to parliament for approval. In fact, unlike in a democracy, the media or whatever institution does not have the audacity to question the king’s laws. As a King, you have absolute authority. Therefore, when a king speaks, he speaks with absolute authority— authority that is inherent to his kingship.

It is important to state that kings do not live under the mercy of situations or circumstances. The exercise their authority over anything that seems to challenge them!

3. CLAIM EVERYTHING WITHIN YOUR DOMAIN

“Verily, verily, I say unto you, He that believeth on me, the works that I do shall he do also; and greater works than these shall he do, because I go unto my Father. And whatsoever ye shall ask in my name, that will I do, that the Father may be glorified in the Son. If ye shall ask any thing in my name, I will do it”. (John 14:12-14).

It is an open secret that a king owns everything within his domain. A king owns the people, the animals, the plants, the land, and the air around the land. He owns the value under the earth—the gold, the silver, the platinum, the diamonds, etc. That is why Jesus is called a Lord. The word Lord means “owner”.

But it is important to emphasize that Jesus has made us Lords, too. If we can discover ourselves and the talents, He has given us, we won’t go around begging! Why beg when you won everything!

When Jesus was on earth as King, Lord and Saviour, He exemplified this. He had power over the wind, water and even money. He could command things to obey Him. Why? It is because, a king personally owns everything in his domain. Just like Jesus, each one of us can explore the abilities God has given us to extend our territories.

A king is more powerful than a president or prime minister. This is because, presidents and other elected leaders do not own their countries; they are citizens like everyone else. A king, on the other hand, personally owns everything in his domain. In fact, a kingdom is the only form of government where the ruler owns everything and everyone. In the words of King David: “The earth is the Lord’s, and everything in it, the world, and all who live in it” (Psalm 24:1).

4. LEARN TO MAKE DECREES ON A DAILY BASIS

“Thou shalt also decree a thing, and it shall be established unto thee: and the light shall shine upon thy ways. When men are cast down, then thou shalt say, there is lifting up; and he shall save the humble person”. Job 22:28, 29 KJV.

What did Jesus do when the storms arose on the sea? He commanded and the storm calmed. That is Kingship! Kings issue decrees on things that seem to challenge their authority. Therefore, why allow rejection, disappointment and frustration to keep you down when you can speak to those situations? Don’t you know you are king? Why are you weeping? Why have you lost hope?

A king’s decree is unchanging. Whatever a king says is final. No one can challenge it. In a democratic system, laws can be amended, revised, or revoked. But this does not happen in kingdom! It is time to make financial, health, family, marriage, career and business decrees. Don’t sit back and look helpless. Crying will not solve your issues! You are a King! It is time to issue some decrees.

5. EXPAND YOUR TERRITORY FOR MORE RESOURCES

“Now therefore give me this mountain, whereof the LORD spake in that day; for thou heardest in that day how the Anakims were there, and that the cities were great and fenced: if so be the LORD will be with me, then I shall be able to drive them out, as the LORD said.(Joshua 14: 12 KJV).

Why did the Queen of England send his people to Africa? Why did the Portuguese come to Africa? How about the Dutch and the Danes? They wanted to expand their reach for more resources. Why did they fall in love with Gold Coast? Because of our gold and other mineral resources. Kings need resources to take care of their people. Kings need resources to expand their Kingdom. Again, a King’s wealth is measured by his property. The more properties, the better! The larger and richer in resources a Kingdom is, the wealthier the king, because the king owns everything in his Kingdom. Kings own everything in their domain by right of birth and Kingship.

God has given you GIFTS and TALENTS so you can identify and develop them. If you refuse to develop yourself, you are likely to remain poor. The cars, houses and properties will come with the usage of our talents. As you use your talents, your name will spread abroad, opportunities will find you and you will become very wealthy. You must therefore work on extending your territory in this life. Extend your financial territory! Extend your health territory. Don’t die before your time! Enjoy the fullness of peace.

But one may ask: Why is wealth so important in a Kingdom? So, the king can take care of his citizens. A righteous and benevolent king does not amass wealth for himself but for the welfare of his citizens. In the same vein, as kings, our desire to create wealth must not be to show off. We must desire to create wealth to expand the Kingdom of our God. We must use our wealth to draw people to Him.

6. DON’T SURROUND YOURSELF WITH POOR PEOPLE

When God makes you great, you must focus on also helping other people to become great. There are people who choose to invest their financial resources in houses and cars than humans. This is not the best because, though resources matter, we must not esteem them above people, because, the greatest investment you can ever make is in people.

Why leave them poor if you can help them. Remember as a King, people judge how wealthy you are by the kind of people who surround yourself with. God wants us to prosper in everything we do because, prosperity reflects His nature. As Christians, we don’t serve a needy God. Our God is prosperous!

This concept is important because, as a king, your citizenry represents your glory. If you surround yourself with poor citizens, no one will take you serious! A king’s prosperity is measured by the status of his citizens. If the citizens are poor, the king is seen as a poor king. If the citizens are prosperous, however, the king is seen as a wealthy king. Wealthy citizens make a king proud.

That is why it is important for a king to make sure his people prosper. Any conscientious king wants his citizens to be happy, prosperous, and content because their status and quality of life reflect on him. The greater their prosperity and well-being, the greater the glory and honor that rest on the king who provides for them so well.

Citizens of God’s Kingdom are supposed to show what their King is like by the way they live, act, dress, walk, and talk. Kingdom citizens are to reflect the nature and character of their King, who is righteous, just, benevolent, compassionate, and full of glory. Therefore, there is no poverty in the Kingdom of Heaven, no economic crisis, and no shortages.

But seek first His Kingdom and His righteousness, and all these things will be given to you as well. (Matthew 6:33 KJV).

Though a king can never be voted of out power, if a king misbehaves, he can be dethroned! Indeed, the authority in a king is resident in his sense of righteousness. Therefore, until a king does something immoral no one can remove him from the throne.

God, the King of the Kingdom of Heaven is righteous, and He expects us in the extension of His Kingdom on earth to also live righteously. What does it mean to be righteous? It means to be in right standing with the ruling authority.

Righteousness is the seal of ruler-ship. Righteousness is key because, it gives you a legal right to access anything in the kingdom. When you are in right standing before the King, prosperity, sound health, divine protection, justice, mercy and all other good things come to you easily.

It is our trust that the death and the resurrection of our King, Savior and Lord will bring your greater blessings this year.

May the Lord empower you to fulfill your assignment on earth.

May this Kingship Anointing be released into your life today! 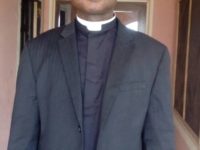 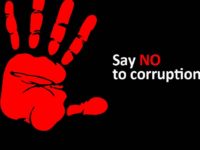 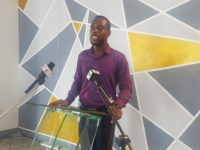 Redemption Parade: CCC Pastor promises a turnaround in the lives of participants 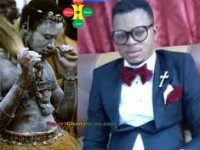