How To Activate Autophagy: Your Body’s Self-Cleansing System 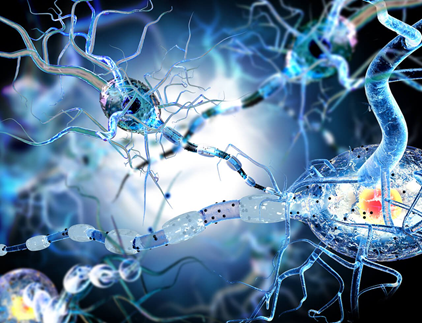 Autophagy, the body’s self-cleaning system, allows the cell to get rid of old cell machinery, breaking them down into smaller parts to be reused by the cell. Activating autophagy through fasting has neuroprotective and immuno-regenerative benefits.

• Reflect On:
Intermittent fasting (IF) is an easy and sustainable way to activate autophagy as well as reap many other health benefits. The easiest way to IF is to pick an eating window that is eight hours or less every day that works best with your schedule.

The fountain of youth has long been sought by man, science being the critical avenue in which we’ve explored this prospect, and one Nobel Prize-winning scientist recently uncovered a vital piece in the search.

On October 3rd, 2016, the Nobel Assembly at Karolinska Institutet awarded the Nobel Prize in Physiology or Medicine to Yoshinori Ohsumi for his discoveries of mechanisms for autophagy, a term that translates to “self-eat.”

In short, autophagy is the body’s self-cleaning system, a mechanism in which cells get rid of all the broken down, old cell machinery (organelles, proteins and cell membranes). It is a regulated, orderly process to degrade and recycle cellular components.

The process of autophagy is like replacing parts in a car—sometimes we need a new engine or battery for the car to function better. The same thing happens within each of our cells. During autophagy, old cellular debris is sent to specialized compartments within the cell called “lysosomes.” Lysosomes contain enzymes that degrade the old debris, breaking it down into smaller components to be reused again by the cell.

Fasting & Autophagy
Scientists have found that fasting for 12 to 24+ hours triggers autophagy, which is thought to be one of the reasons that fasting is associated with longevity. There is a large body of research that connects fasting to improved blood sugar control, reduced inflammation, weight loss, and improved brain function, and Oshumi’s findings provide greater insight into this research.

Food restriction is a simple, reliable, inexpensive and harmless alternative to drug ingestion and, therefore, we propose that short-term food restriction may represent an attractive alternative to the prophylaxis and treatment of diseases in which candidate drugs are currently being sought.”

So autophagy and fasting is in essence a form of self-cleansing, getting rid of the junk to make room for new healthy cellular components. And it is the accumulation of the junk that may be responsible for many of the effects of aging. The consequences of accumulating old proteins all over the place can be seen in two main conditions – Alzheimer’s Disease (AD) and cancer. Alzheimer’s Disease involves the accumulation of abnormal protein – either amyloid beta or Tau protein, which gum up the brain system. So, if inducing autophagy cleanses the body of denatured proteins, it would make sense that the process has the ability to prevent the development of AD.

Other Benefits of Fasting—Stem Cell Regeneration
While inducing autophagy is one of the key benefits to fasting, there are also many incredible longevity-related reasons to fast.

A study in the journal Cell Stem Cell shows that cycles of prolonged fasting not only protect against immune system damage but also induce immune system regeneration, shifting stem cells from a dormant state to a state of self-renewal.

Fasting triggers regeneration of immune stem cells.
In a study on mice and a Phase 1 human clinical trial involving patients receiving chemotherapy, long periods of not eating significantly lowered white blood cell counts. In mice, fasting cycles “flipped a regenerative switch,” changing the signalling pathways for liver stem cells, which are responsible for the generation of blood and immune systems. Prolonged fasting forces the body to use stores of glucose, fat and ketones, but it also breaks down a significant portion of white blood cells.

During each cycle of fasting, this depletion of white blood cells induced changes that triggered stem cell-based regeneration of new immune system cells. In particular, prolonged fasting reduced the enzyme PKA, an effect previously found to extend longevity in simple organisms, which has been linked in other research to the regulation of stem cell self-renewal and pluripotency (the potential for one cell to develop into many different cell types). Prolonged fasting also lowered levels of IGF-1, a growth-factor hormone linked to aging, tumor progression, and cancer risk.

How To Fast Intermittently & Activate Autophagy
While there are many ways to fast, one of the more sustainable methods of fasting is intermittent fasting (IF). IF is done cyclically and for shorter periods of time, so it is much easier to adopt IF into your weekly schedule as it won’t take much out of you compared to longer periods of fasting. In fact, practicing IF will have you more focused and energized throughout your day compared to when your body is in a constant state of digestion.
The easiest way to IF is to pick an eating window each day and stick to that window. This can be an eight hour window or less, but typically you want to keep your eating window under eight hours in order to reap the most benefits. An example of an eight hour eating window could be 11am-7pm, or if you normally eat later in the day then you could try something like 3pm-10pm. 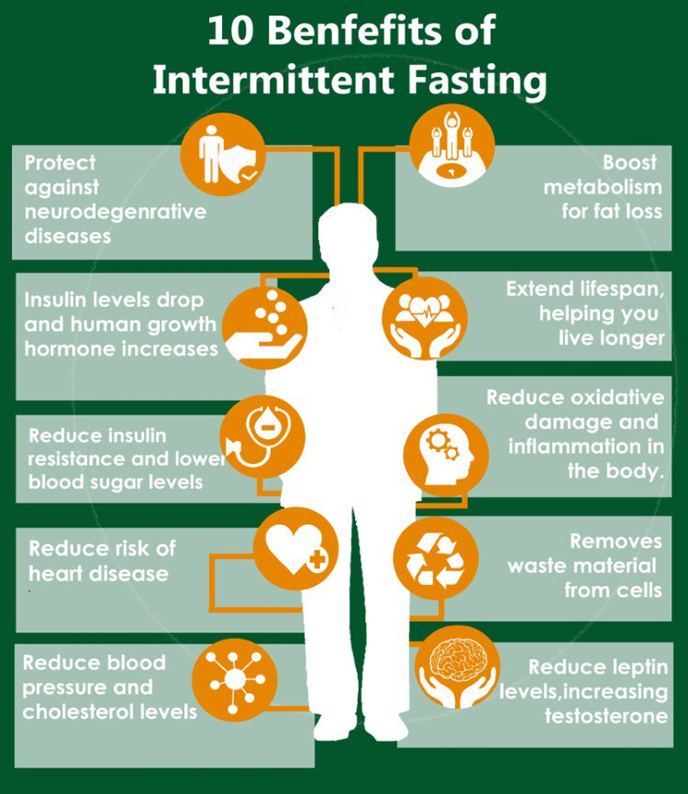 During your fast you can still drink beverages as long as they contain no calories such as lemon water, tea, or coffee (without cream or sugar). There are incredible regenerative benefits to dry fasting as well (abstaining from consuming any food or water); however, dry fasting will push the body into deeper levels of detoxification and should be approached more slowly.

Breaking your fast is just as important as the fast itself. The first meal after a fast should be easy to digest. Juices, coconut water, and smoothies are great options as well as watery and astringent fruits such as grapes, cherries, and oranges. After that, salads are the next best option. After breaking the fast with raw fruits and vegetables, you can then move on to eating cooked foods as your digestive system will be activated by then.

Autophagy and fasting are the key to regenerating the body on a cellular level and, when used strategically and systematically, these tools hold enormous potential in transforming your health.