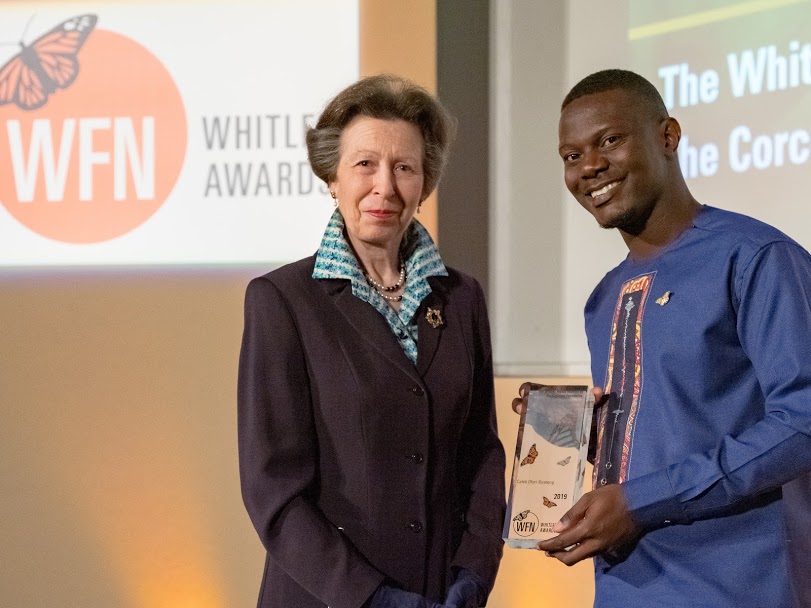 Herp Conservation Ghana (Herp-Ghana) has received international recognition for their efforts at ensuring that the critically endangered Togo slippery frog is protected.

Human consumption of the edible frogs, rapid agricultural expansion and widespread logging are among factors that threaten this important frog species.

Dr. Caleb Ofori-Boateng received this award on behalf of Herp-Ghana at this year’s Whitley Awards held at the Royal Geographic Society in London. Already, Herp-Ghana has succeeded in establishing Ghana’s first protected area for endangered amphibians, and they have big plans for expansion. Herp-Ghana board of director, Caleb Ofori-Boateng is the first formally trained herpetologist in Ghana and was part of an expedition which discovered a population of the Togo slippery frog after it had been considered extinct by scientists for nearly 40 years. He has worked tirelessly in the remote forests of the Togo-Volta Highlands to ensure this Critically Endangered amphibian’s protection ever since. 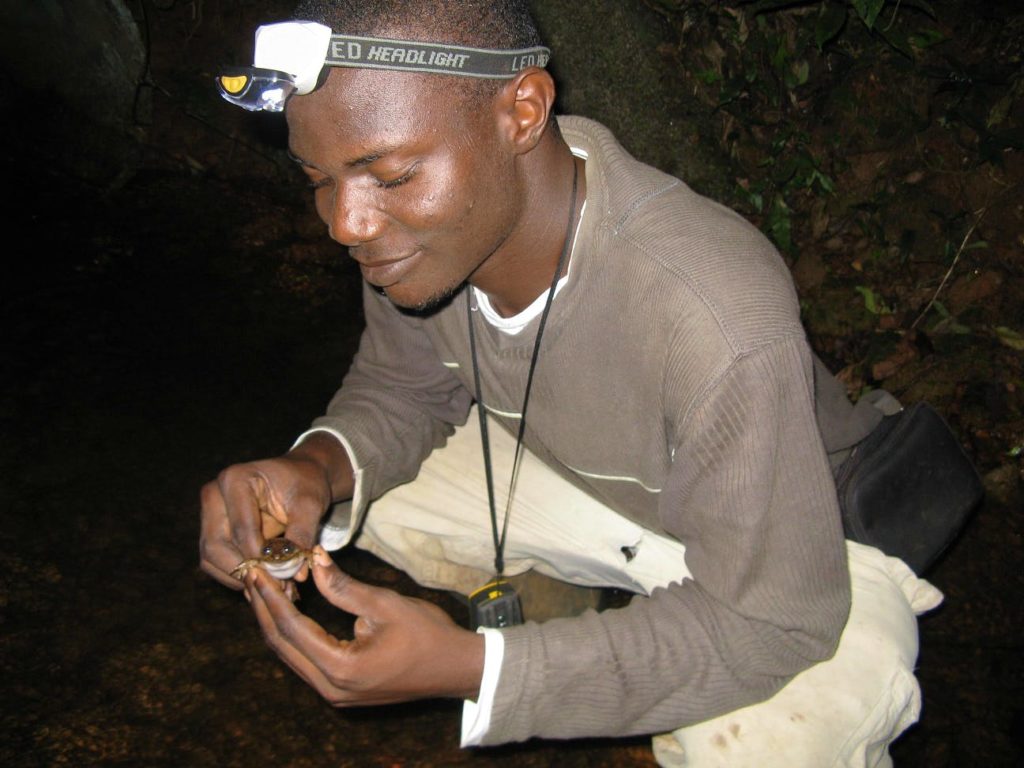 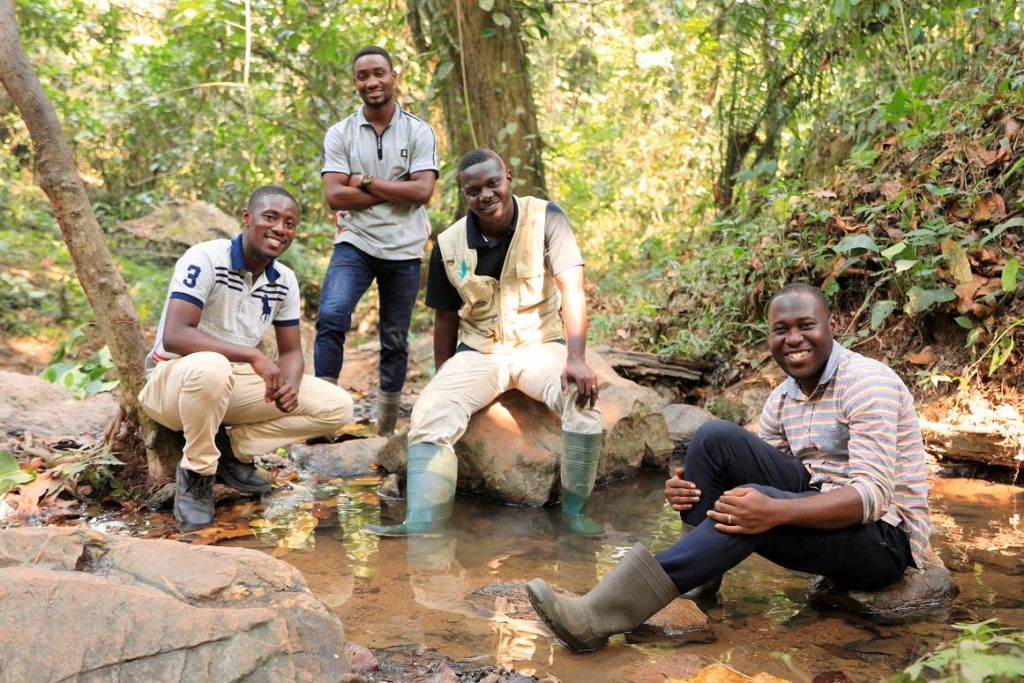 Dr. Ofori-Boateng tells Bernard Buachi of www.rawgist.com that Herp-Ghana is currently working with communities and the government to gain legal protection for 60km2 of forest where the Togo slippery frog is found.

They are also training local ‘behaviour change champions’ to raise awareness to reduce consumption of the frogs and restore degraded areas of former forest habitat. The forest that will be protected thanks to this award is home to 11 other threatened wildlife species, including two species of pangolins.

The Togo slippery frog is listed 18th in the top 100 most Evolutionarily Distinct and Globally Endangered (EDGE) amphibians – as genetically different from other amphibians as pigs are from humans.

Receiving the award on Herp-Ghana’s behalf, Caleb recounted “The only world I knew for the first 7 years of my life, was one in which humans lived so successfully with wildlife in a protected area setting; a beauty that I now strive to recreate in my adult life”. 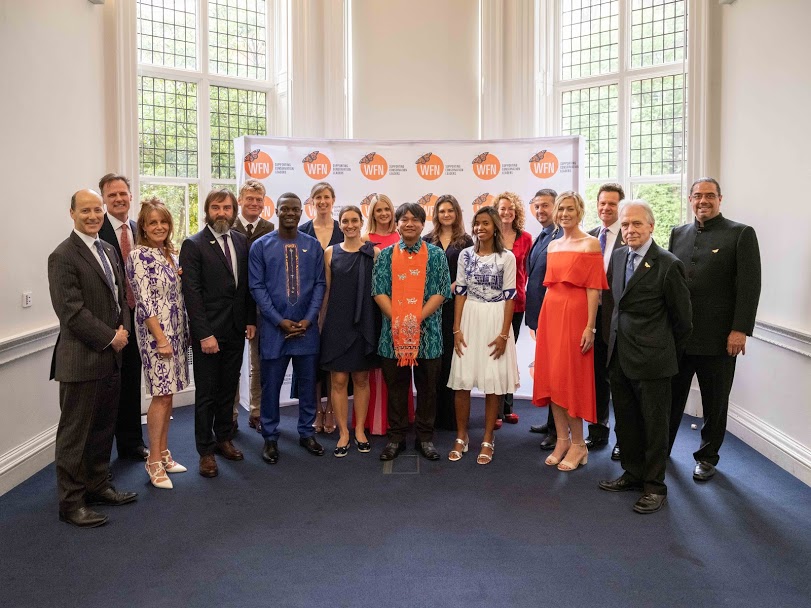 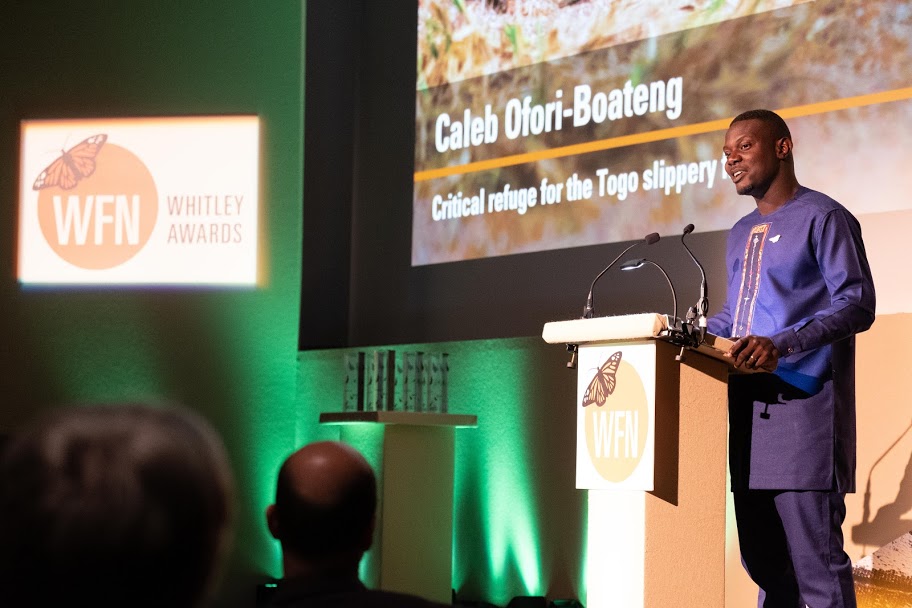 The Whitley Awards has given nearly £16 million to support the work of over 200 local environmental heroes, benefiting wildlife and communities in more than 80 countries across the Global South.

This Whitley Award will allow Herp-Ghana to expand their work to new communities, using innovative methods to engage with audiences and bring about behaviour change. 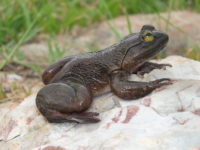 Ghana sets aside 847 acres of land to protect endangered frogs