Grant amnesty to inmates of Manhyia prison-Crusaders appeal to President

GRANT AMNESTY TO INMATES AT MANHYIA PRISONS—CRUSADERS APPEAL TO AKUFO-ADDO. 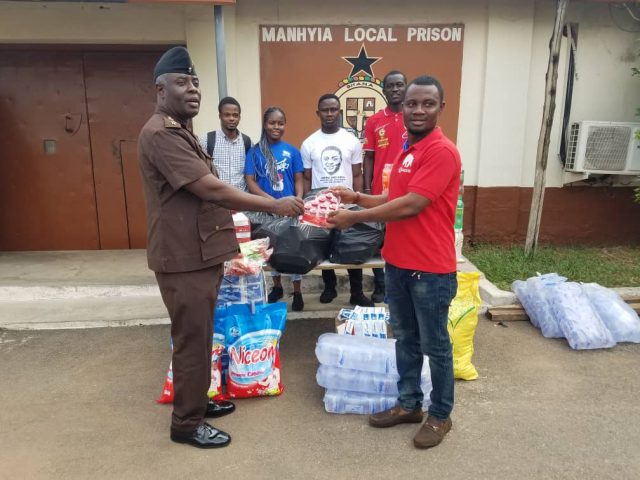 Master Clement Osei, Dean of Crusaders, a youth group affiliated to the New Patriotic Party (NPP) has appealed to the President to kindly look at the cases of inmates at the Manhyia Prisons and grant amnesty to those whose offences are minor and have shown remorse for the same.

Addressing the media after visiting the prisons to present some consumables and cooked food to them on Valentine’s Day, Mr Osei said he was saddened by the narrations he had from some of the inmates and the offences of which they are serving terms.

He noted that some inmates had become frail to the point that they needed some care from medical persons to be able to stay strong on their feet.

The Dean of Crusaders therefore appealed to the President to use the Attorney General to review the cases of the inmates and pardon those whose sentences could be reviewed as well as those who could not pay their fines.

‘’I am saddened by what I have seen here but I am glad that we have a President who shows sympathy to the underprivileged and the hurting as I appeal once more to him to show kindness to inmates here at Manhyia by granting amnesty to those who have shown remorse and those whose cases could be reviewed for favorable outcomes to them’’, the Dean tearfully remarked.

Mr Osei who was accompanied by executives of the Crusaders said they decided to donate the items to show love to the inmates.

He said many forget about prisoners at such occasions such as Valentine and others that are supposed to be used to demonstrate love.

However, he noted that having gotten some support from Lawyer Justin Frimpong Kodua and Nana Ama Ampomah, YEA CEO and the Ashanti Regional Women’s Organizer respectively, the group decided to donate to make the inmates smile at Valentine.

Mr Osei called on other youth groups especially the Youth Wing of the NPP to follow suit and show kindness to people who are in distress like prisoners.

‘’We came here to donate to show love to our fellow brothers and sisters so that they will feel loved despite their current unfortunate situations’’, Mr Osei noted.

On his part, Reverend ASP Elijah Amo-Mensah, Chaplain at the Manhyia Prisons thanked the Crusaders for the gesture.

He also commended the government for supporting inmates at the prisons with rations and medical care to them.

The Chaplain however appealed to the government to increase the current ration rate of GHC1.80 pesewas given to inmates so that they could be properly fed and given improved diets at the prisons.

Rev ASP Amo-Mensah also called on the public to help persons who come back from prison so as to enable them integrate into society in a better manner rather than the discrimination and stigma they are subjected to.

‘’May Ghanaians wake up to the fact that not only bad persons are in prison so we should conduct ourselves well when such things befall others’’, the Chaplain posited. 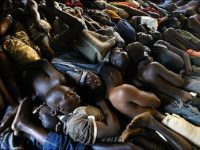 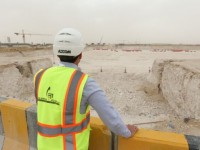