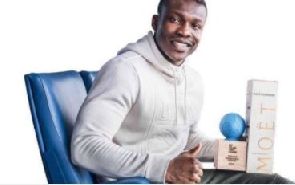 Ghanaian defender Joseph Aidoo has been named the best player for the Belgian top-flight side Genk for the month of October.

Aidoo constantly featured for Genk during their games against Royal Mouscron, 1-1 at home, 1-0 win against Anderlecht away where he bagged the only goal of the game.

He also played in Genk’s 2-0 win over Club Brugge at home and 0-0 stalemate against Kortrijk away from home to complete the matches in October.

The former Inter Allies defender/captain featured in every minute for his side throughout what proved to be an exciting month.

The tough defender who scooped 2 MVPs in 4 games impressed during the four week period and was voted the best player during the duration.

He obtained 64% of votes by the Club’s fans, taking over from Siebe Schrijvers – Genk’s Player of the Month for August and September.

Aidoo joined Genk from Swedish side Hammarby in the summer of 2017 and has started and completed 9 matches for the Blues.

KRC Genk are now 6th on the Belgium Jupiler League after 15 matches with 22 points.