President John Dramani Mahama on Tuesday announced that Ghana has the highest electricity accessibility in the West African Sub-Region.

He said although accessibility in Ghana is 76 per cent, the highest in West Africa, government would still pursue measures that would step up access to ensure the sustenance of small and medium scale enterprises.

President Mahama made this known during a symbolic inauguration of rural electrification project in Kotingli for 22 communities under the phase one of the Northern Region Rural Electrification Programme.

President Mahama who is on a two- day official visit in the Northern Region inspected on- going affordable housing project at Lahagu also near Tamale and would also cut the sod for expansion programme on the Tamale Airport to international standards.

He said the provision of electricity is not meant for providing lights alone but to boost business activities and enable many enterprising youth to establish businesses.

On the re-organisation of the Ghana Youth in employment programmes, he said it is being packaged for parliamentary approval after which it would be placed under the Ministry of Employment and Labour Relations.

He gave the assurance, after parliamentary approval, the Ministry would be empowered to roll out better employment programme for the youth of Ghana.

Mr Haruna Iddrisu Minister of Employment and Labour Relations urged the people to throw their support behind the government to provide them with basic social amenities that would uplift their living standards.

The Tamale Metropolitan Assembly in partnership with Tamale Community Cooperative credit Union provided the land with a commitment to provide access roads and services such as electricity.

The Population and Housing census which placed the region as 7.7 also indicates that the social housing project in Tamale would shelter 1,500 persons and create jobs for about 600 persons. 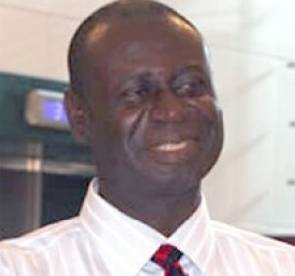