A political scientist Yusif Morro has reiterated that Ghana can develop without aid from donor partners such as IMF and the World Bank.

According to him ,if Ghana’s resources are being put to good use,it will help wean the country against the assistance of donor partners. He made this statement in an interview with Sir Richmond Antwi Boasiako on Royal Fm’s morning show.

According to Mr. Yusif,aid from these partners brings about balance of payment problems(difference between export and import),deficit financing,inflationary problems,as well as providing assistance in terms of intensive capital projects such as building of dams and other internal projects of the country. He has however criticized the attitudes of Ghanaian leaders as corrupt which is against sustainable development.

On his part the Deputy Youth organiser of the NDC in the Amenfi West District in the western region Mr Felix Antwi Baidoo said Ghana needs an attitudinal change by believing in herself.

According to him Resources that move outside the country are worth more than the support from the donor partners. He has also criticized the evasion of tax by most Ghanaians which retard economic growth. He has appealed to government as part of reducing unemployment in the country to equip students with technical know how to utilize the available resources. 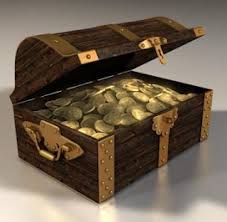