The Ghana Football Association (GFA) has confirmed that the Association was requested by FIFA to confirm that a Commission had been set up by the government to investigate the issues surrounding the participation of the Black Stars in the 2014 World Cup.

The spokesperson of the GFA, Ibrahim Sanni Daara told Citi News that the GFA had received “a letter from FIFA” on Wednesday evening which asked them to confirm media reports they had received that a commission had indeed been set up by the government.

Citi News reported on Thursday that the GFA had received a three-paragraph letter from FIFA, questioning it on the composition and competences of the Commission set up by Government to look into the issues which marred the participation of the senior national team in the just ended World Cup in Brazil.

According to Mr. Sanni Daara, the world football governing body had also asked to be briefed on the powers and function of the commission and did not want to rely on media reports before making any decision.

“The Commission is a court,… it is known all around the world that football issues are not handled through the law courts, so we had given clear signals that a better way could have been used,” he said.

He, however, maintained that the GFA was “open to any investigation” and were prepared assist the Commission in any way they could.

“We want to cooperate with the Commission. We are not going to tell lies.”

The world governing body is known to have a strong stance against government interference in football associations and has suspended several countries who have breached this FIFA code from international football, including most recently Nigeria. 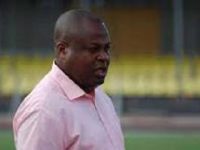