Drivers of the Obuasi West Municipality in the Ashanti region have threatened to vote against the  NPP government and show them the exit should they refuse to construct good roads for people in the area before the year ends.

A visit to the Obuasi township by Otec FM’s Evans Agyei Sikapa revealed that about 90% of roads in the area are in deplorable state.

Roads within and those leading to the Obuasi township were full of potholes.

Some link roads such as the Brahabebome, Boatey to Akaporiso road had similar situation with about 3 different bridges that were collapsing. The road is either dusty or muddy depending on the weather at a particular time.

Speaking on Otec FM’s “Nyansapo” morning show, some drivers in the area revealed that several efforts had been made to get the attention of authorities in the Obuasi locality to address their concerns but to no avail.

They said driving and working on the Obuasi, Kumasi highway and within the Obuasi township has now become difficult as drivers spend more hours on roads which needed minutes to travel.
According to the drivers, aside wasting a lot of time the various routes, they now spend most of their daily earns on fuel and maintenance due to the poor road network.

They are however calling on government to either provide them with good roads to ease movement as they were promised prior to election 2016 latest by the end of this year or they will show government the exit come 2020.

A station master at the Konka Junction to Obuasi station Abdul Mohammed told Evans Agyei Sikapa that issues concerning the road has now become a no go area since authorities seem not to be interested leaving them at crossroads.

Again they want government to terminate the contract given to Joshob contractors to work on the road as soon as possible since the contractor is not up and doing and has left the site leaving them with no option. 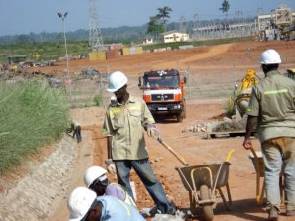 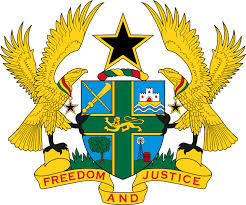