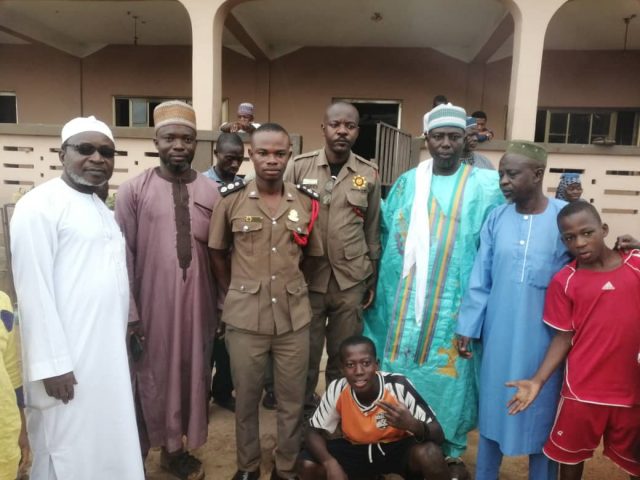 Two fire officers with Muslim leaders at the Mosque of one of the communities in Ashanti.

The Ashanti regional fire command has begun a fire safety sensitization and awareness campaign within the Zongo communities of the Ashanti Region.

The campaign which started about two months ago seeks to ultimately prevent destructive fires and the impact these hellish fires rain on residents within the Zongo communities.

The campaign will also afford the Service the chance to drum home the gospel of fire safety and explain the modus operandi to residents so as to get them to change in from the negative perceptions most Zongo Youths have about firefighters and the Service.

“You will recall we Fire Service (Operational men and fire tenders) were incessantly being attacked by some irate youth groups any time we responded to fires in our Zongo communities. Our Men and fire tenders were attacked early this year in Tafo Zongo, Pankrono Zongo, Dagomba line near Anloga Junction and recently at Moshie Zongo which culminated in the Service threatening to withdraw its services from all Zongo Communities if that trend continued”, the PRO recalled.

DETAILS:
The predominant accusation from the Zongo youth was that we always arrived late to manage fire emergencies in such areas which led to the loss of precious lives and valuable properties as well as environmental damages, the PRO stated.

Another accusation, he mentioned was that we always arrive at Fire Scenes with little or no  water.

However, he stated that the above accusations cannot hold against the Service due to late call ups by Zongo residents any time there are fire emergencies as well as the use of bad road network to reach such communities, the giving out of incorrect address to fire location, lack of access to affected properties, the use of a wrong emergency number to reach us and the lack of insight into how the Service operates among other factors.

He further stated that the Command is poised to continue to reach the Zongo Communities through their leadership and opinion leaders to cause positive change in residents attitudes towards fire prevention and support the service to save lives and properties while safeguarding the environment as well.

INTENTION;
The PRO intimated that since the launch of the campaign, six communities had been covered and these were Aboaso, Ntonso, Tafo, Mampongteng, Kodie and Suame.

He disclosed that some Zongo youth have been trained as firefighters.

He alerted the general public to reach them on the appropriate numbers,  112/192/0505001415 for a swift response to fire and related emergencies. 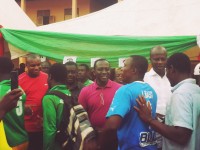 Youth in zongo communities encouraged to believe in themselves 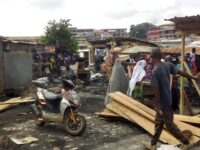