The Kumasi Central Market has been gutted by fire, Monday evening.

It is unclear which portions of the market were affected by the inferno.

The PRO of the Ashanti Regional Police Command Mohammed Yusif Tanko confirmed the incident to starrfmonline.com and said more men have been dispatched to the scene to maintain order.

This is the fourth time this year the market has been ravaged by fire.

Rescue workers including personnel of the Ghana National Fire Service were at the scene to douse the blaze.

The fire fighters are yet to ascertain what sparked the fire and assess the extent of damage. 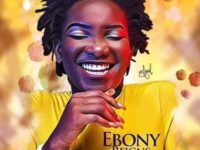