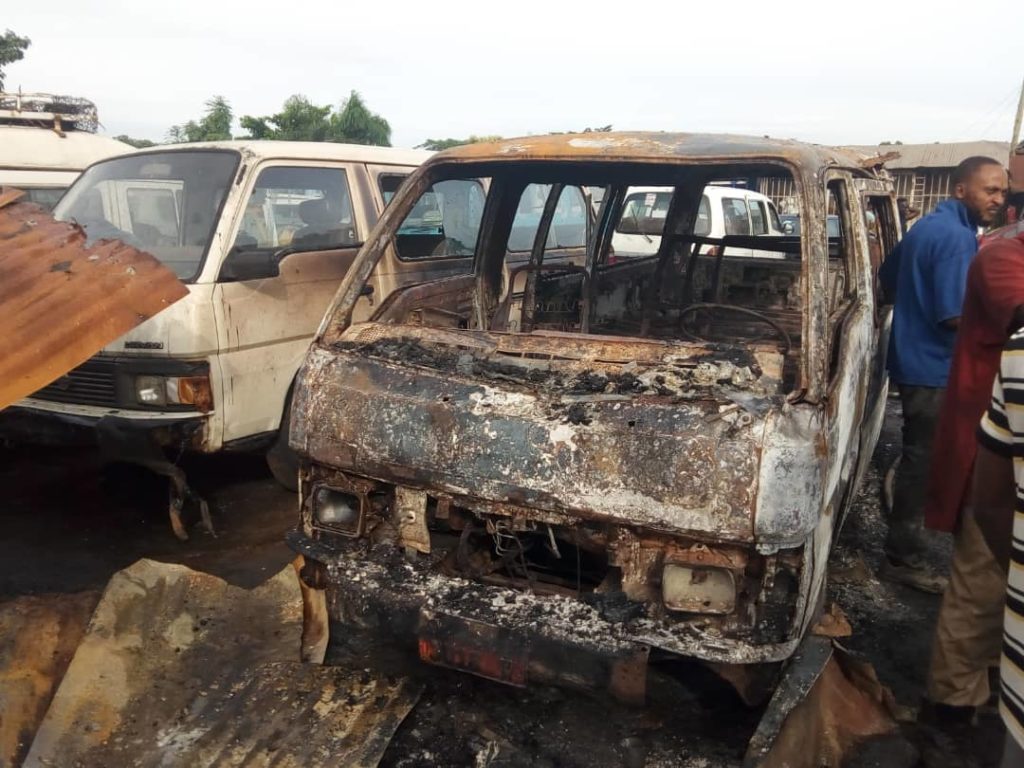 Twelve vehicles and five auto mechanic shops have been razed down by a fire that broke out at Dichemso in the Kumasi metropolis in the Ashanti region, in the early hours of Thursday.

The cost of these items, rawgist.com learns runs into thousands of Ghana cedis.

An eyewitness who is also a resident of the area recounted that the fire started at 2 am Thursday and efforts made by residents to put out the fire proved futile.

“When the fire started we (residents) mobilized ourselves to put out the fire, which was consuming one shop with water but we couldn’t so it spread to the other shops where the vehicles were packed,” he said.

Abdul Raman, one of the shop owners who lost his shop to the inferno said he was home when he had a call that his shop was on fire, he quickly came to scene only to realize the fire was beyond control.

“I have lost two machines and other car spare parts which cost about GHC3, 000. Five Nissan mini buses and one Toyota Corolla taxi cab which had been brought to me for repairs have all been burnt,” he sobbed as he spoke.

Fire personnel from the Manhyia office of the Ghana National Fire Service (GNFS) put out the fire and have commenced investigations into the cause of the outbreak. 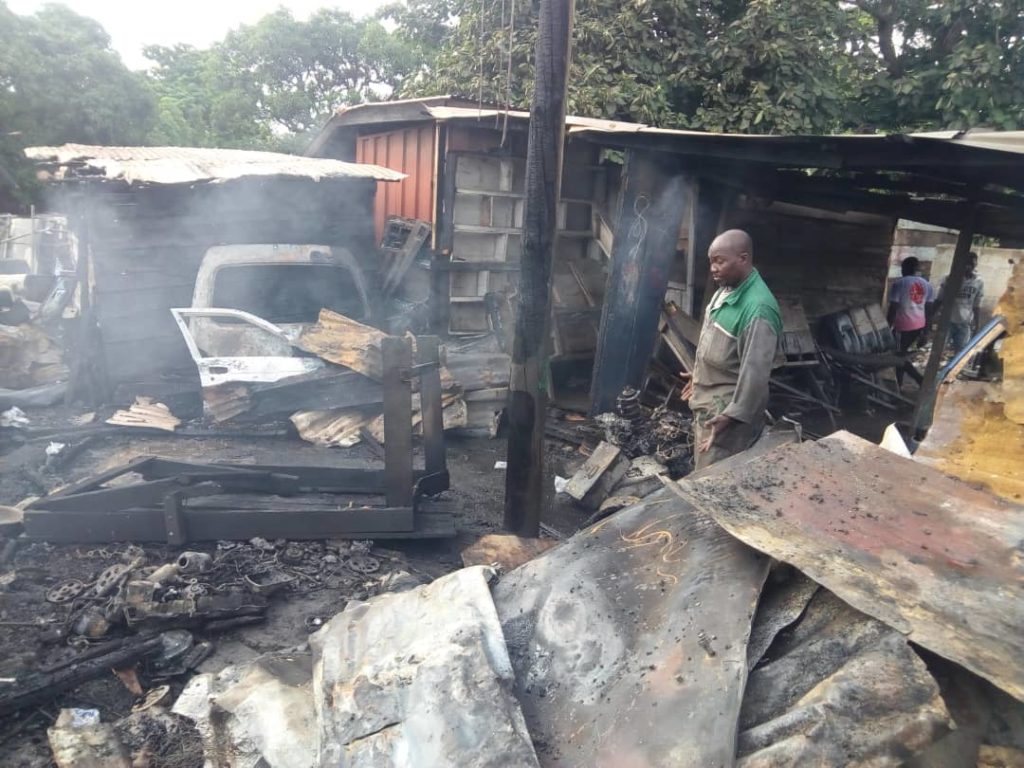 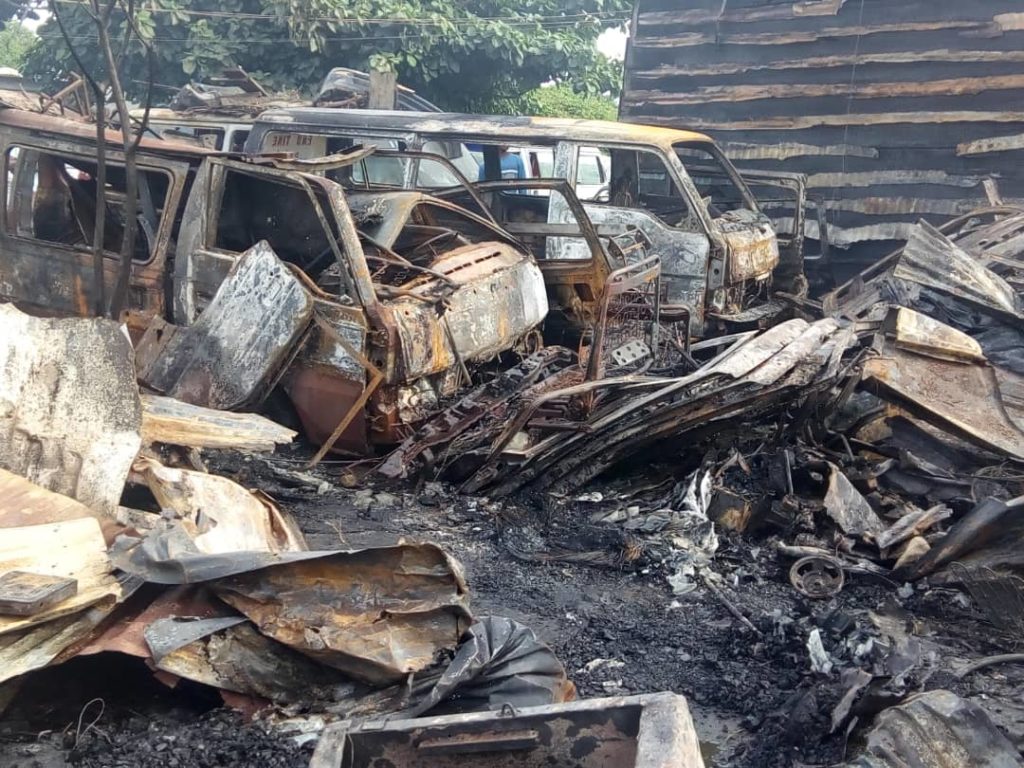 Only 1 fire hydrant functions in all of Tamale-Fire Officer