The inauguration of the Nigeria Football Federation (NFF) Electoral and Appeals Committees scheduled for yesterday was called off because a letter from FIFA addressed to NFF declared the bodies illegal.

The NFF Congress had on Saturday sacked the Executive Committee headed by Aminu Maigari and set up new electoral and appeals committees, to conduct the forthcoming elections to the board. The elections are scheduled for Abuja next month.
The eight-man electoral committee is to be headed by Jeriak Rowland, while Effiong Oboho is to preside over the affairs of the appeals committee.

The congress met in the wake of a court order that sacked the NFF board. It accused Maigari of altering the list of persons approved by the congress at the General Assembly in Warri, Delta State last year and inaugurating a different committee.
But we learnt yesterday that the interim management of the NFF heeded FIFA warning by cancelling the inauguration of the two strategic committees, after FIFA disowned the committees in a letter to the ‘Glasshouse’.

The implication of this development is that any election conducted by the committee other than the one constituted by the ‘sacked’ NFF board will be declared null and void by FIFA.

The sanctions will be handed Nigeria after the expiration of the ultimatum today and might immediately affect the participation of the national female U-20 team at the FIFA U-20 World Cup in Canada. The team left Abuja yesterday for Canada enroute Frankfurt. 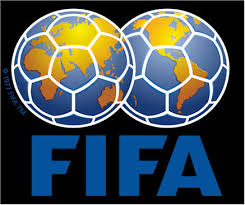