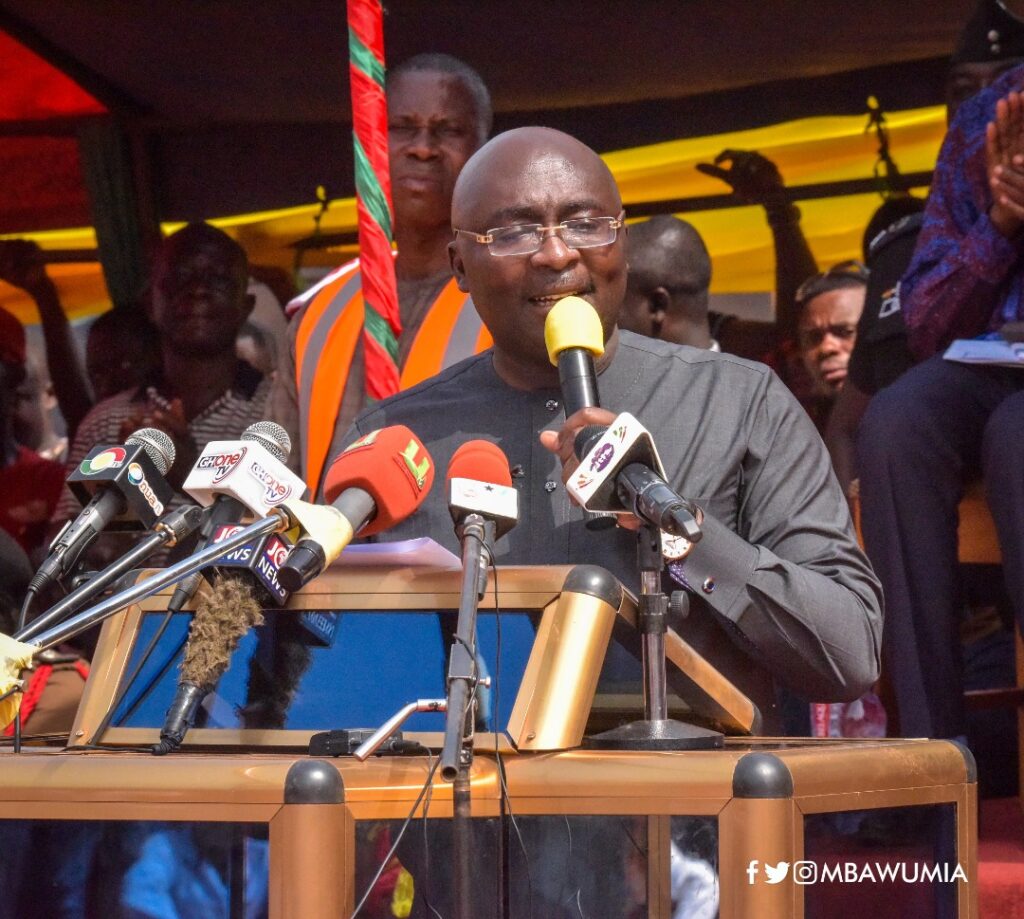 The Vice-President, Dr Alhaji Mahamodu Bawumia has assured the public that every single community in the country would see good roads under the tenure of President Akufo-Addo.

According to him, the President believes  the quickest way to opening up the country for its transformational agenda is to ensure every community has access to good roads.

Addressing the chiefs and people of Sefwi-Wiawso at Elluokrom, a farming community where the government intends to build a 38km road from Benchema junction to Adjoafua last Friday, the Vice President noted that roads that would be built would be durable and solid.

He stressed the era where roads were washed away with the lightest of rain was past.

“We have secured the services of Amandi Investments Limited, an Israeli construction company to do this road and having a good track record in Ghana for the last 15 years we know they would give us value for money and good roads for the Sefwi communities”, the Veep intimated.

COMMITMENT:
The Vice President said the NPP government was committed to fulfilling its promises.

These promises, he indicated are aimed at making the lives of the people better.

Good roads, he stressed is part of getting proper development to the people.

Dr Bawumia said unlike the under-performing National Democratic Congress (NDC) which was incompetent with the use of state resources the NPP was making prudent use same so as to provide development for each of the 16 regions of the country.

“The NPP unlike the NDC which proved incompetent in the handling of state resources is committed to using all resources to provide the kind of development that would make the country a better one”, Dr Bawumia posited.

PARAMOUNT CHIEF:
Addressing the gathering earlier, Paramount chief of Sefwi Wiawso, Katakyie Kwasi Bumangama II, commended the government for fulfilling the promise of cutting the sod for the commencement of the 38km road in his community.

Previously, the Chief disclosed that the NDC on two occasions failed to execute same project even when similar sod cutting events were undertaken to herald it.

He therefore tasked the contractors to begin work on the project early so that the people in the deprived communities along the route would see a facelift in their stretch of road.

The Chief asked that all adjoining routes as well as diversions on the stretch are added to the project so that no road would be left in a bad state in the Sefwi Wiawso enclave. 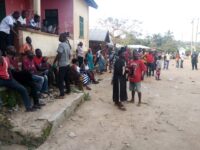 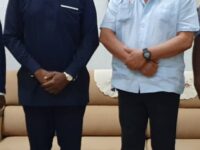