The Ashanti Regional Women’s organiser for the New Patriotic Party (NPP), Nana Ama Ampomah has admonished the women’s wing across the country to embrace ladies groups that spring up from the party’s fold.

She noted that groups such as loyal ladies, pink ladies, maidens and many others would help to project the party’s policies and campaign messages by their activities and hence the need to welcome them with open arms.

Speaking during a clean-up exercise and float by the Offinso- South women’s wing of the NPP last Saturday, Madam Ampomah popularly known as ‘pretty giant’ urged the women to shun bickering and petty quarrels that often arise within the front.

According to her, the NPP’s best bet in winning the upcoming 2020 elections will be due to the united front by which it prosecutes its campaign.

”I know we are winning the 2020 polls but we still need to check the attitude we display as women while organising ourselves for the campaign season so that we do not leave anyone bitter towards us as a group and our party”, Nana Ama Ampomah advised.

INITIATIVES:
Madam Ampomah commended the Offinso women’s wing for the clean up exercise and float.

Such programmes, the women’s leader noted helps to create activism within groups as well as the needed awareness for residents to keep their surroundings clean.

She said at least such activities could be repeated every three (3) months to keep members active as well as use same to drum home the message of cleanliness.

Madam Ampomah asked the public to be keen about their health by participating in exercises aimed at making the environment clean at all times.

”Let’s be guided by the President’s advice for us to be citizens and not spectators so that we can build a healthy and mosquito free environment”, the regional women’s leader noted.

REGIONAL ORGANIZER:
Joining the women’s wing to clean and sweep the main Offinso town was Francis Adomako, Regional Organiser  for the NPP.

In his succinct remarks, Mr Adomako commended the wing for the clean up exercise and urged them to replicate same at regular intervals so as to woo more people into the fold of the NPP.

CHAIRMAN:
Mr Atoobi Yiadom, Chairman for the constituency praised the women’s wing for the clean up exercise.

He urged other constituencies to emulate the example of his women’s wing and use it as means to shore up support for the Nana Addo government and the NPP party. 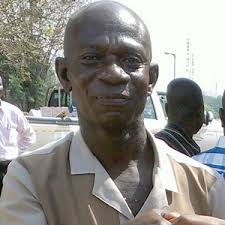 Ghana in retrospect part one: U.S. role in Nkrumah overthrow

Teachers to be paid per attendance at school 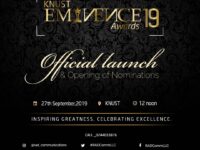