Sierra Leone officials have confirmed a death from Ebola, hours after the World Health Organization declared the latest West Africa outbreak over.

The country was declared free of the virus on 7 November, and the region as a whole was cleared when Liberia was pronounced Ebola-free on Thursday.

Tests on a person who died in northern Sierra Leone proved positive, an Ebola test centre spokesman told the BBC.

The WHO has warned, however, that more flare-ups are expected.

How Ebola changed the world

Ebola test centre spokesman Sidi Yahya Tunis told the BBC that the patient had died in the Tonkolili district. He had travelled there from Kambia, close to the border with Guinea.

The tests were conducted by British health experts. The BBC’s Umaru Fofana in the capital Freetown said health officials were now urgently seeking those who had come into contact with the victim.

Liberia was the last country to see the end of active transmission of Ebola. But it had been declared clear twice before, only for the infection to re-emerge.

A country is considered free of human-to-human transmission once two 21-day incubation periods have passed since the last known case tested negative for a second time. 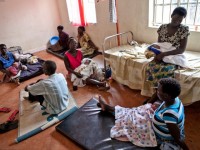 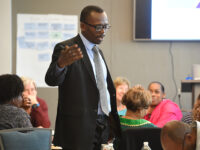