Earth’s magnetic field is about to reverse.
And this will have devastating consequences for humanity

Earth’s magnetic poles could be about to swap places – and this would affect us badly.

Scientists think that Earth is long “overdue” for a full magnetic reversal and have determined that the magnetic field’s strength is already declining by 5 percent each century. This suggests that a fully reversal is highly probable within the next 2,000 years.

Earth’s magnetic field surrounds the planet and deflects charged particles from the sun away, protecting life from harmful radiation. There have been at least several hundred global magnetic reversals throughout Earth’s history, during which the north and south magnetic poles swap. The most recent of these occurred 41,000 years ago.
This is how a magnetic field reversal looks like.

During the reversal, the planet’s magnetic field will weaken, allowing heightened levels of radiation on and above the Earth’s surface. The radiation spike would cause enormous problems for satellites, aviation, and the power grid. Such a reversal would be comparable to major geomagnetic storms from the sun.

The sun last produced such a storm that struck Earth during the summer of 1859, creating the largest geomagnetic storm on record. The storm was so powerful that it caused telegraph machines around the world to spark, shocking operators and setting papers ablaze. The event released the same amount of energy as 10 billion atomic bombs.

Researchers estimate that a similar event today would cause $600 billion to $2.6 trillion in damages to the U.S. alone. A similar event today would destroy much of the internet, take down all satellite communications, and almost certainly knock out most of the global electrical grid. The Earth would only get about 20 hours of warning.
A similar solar event occurred in 2012, but missed Earth. When is our turn? 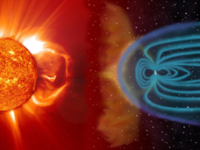 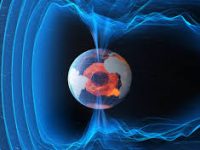 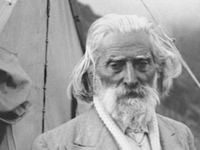 70 Year Old Prophecy: The Earth Will Soon Be Swept By Extraordinary Rapid Waves of Cosmic Electricity