Dr. Ali Gabass, the medical practitioner who has been standing trial for sodomising a 16-year-old boy has been slapped with a 25-year jail term by an Accra circuit court.

The trial judge Rita Agyemang Budu in her ruling Monday pronounced him guilty on defilement. He was, however, acquitted and discharged of the second count of having unnatural carnal knowledge of the victim.

The convict, whose lead lawyer failed to show up today, appeared calm throughout the trial.

Asare reports also that his family members have thronged the court to show solidarity.

Dr. Gabass has been in custody over a two-count charge of defiling a child under 16 years and unnatural carnal knowledge, an offence he has denied.

He is alleged to have in the months of October 2013 and April 2014 at Kasoa and Alajo respectively, had unnatural carnal knowledge of the victim aged 16.

His earlier attempt to stop the trial hit a snag as the court threw out his submission of no case. 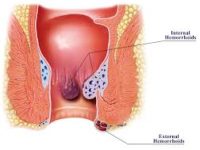