Medeama defender Samuel Adade is disappointed with the side’s failure to progress to the group phase of the CAF Confederation Cup.

The ambitious Ghanaian side saw their fairly tale story crushing in front of their own fans after losing 5-4 on penalties to AC Leopards.

The Mauve and Yellows managed to cancel out their 2-0 deficit from the first leg but were not lucky during the lottery of penalty at the Essipong stadium.

The painful exit has left many disappointed as they were highly tipped to make the money zone following a fabulous run in the competition.

The right-back expressed his disappointment over the side’s inability to make the final eight. 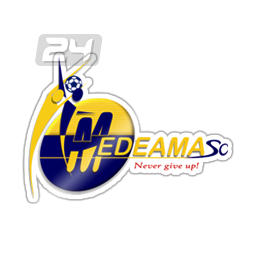